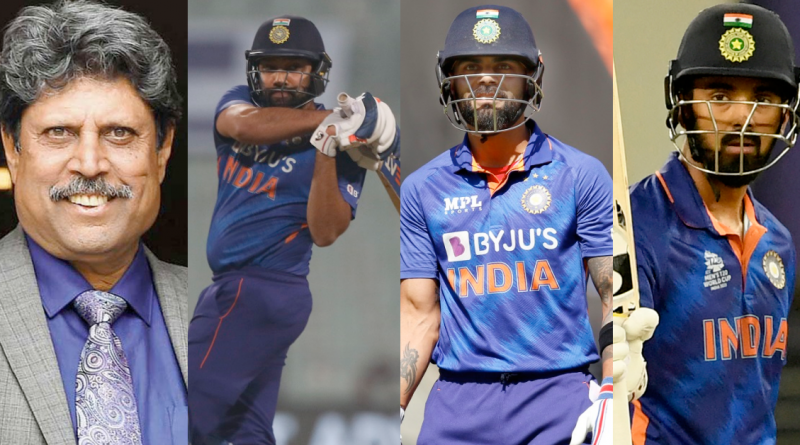 The T20 World Cup will take place in Australia this year and the Men in Blue have their work cut out if they are to have a shot at grabbing the elusive trophy. Speaking about the same, Kapil said Rohit and Kohli need to step up.

“They have a big reputation and there’s huge pressure on them, which shouldn’t be the case. You have to play fearless cricket. All of these are players who can hit at a strike rate of 150-160.”

“When you need them to score runs, they all get out. When it is time to take off (in the innings), they are out. And that adds to pressure. Either you play an anchor or you play striker,” Kapil Dev said on the YouTube channel Uncut.

“And if it doesn’t, you have to change the players” – Kapil Dev

There are plenty of openers available for the Indian team who have an intent-filled mindset that is required for the T20 format. If Rahul and Rohit stick to the same routine, they can well be replaced.

“When you talk about KL Rahul, if the team tells him to play the entire 20 overs and you come back with a score of, say 60 not out, you’re not doing justice to your team. I think the approach needs to change.”

“And if it doesn’t, you have to change the players. A big player is expected to make a big impact. Having a big reputation is not enough, you also have to deliver great performances,” he further mentioned.