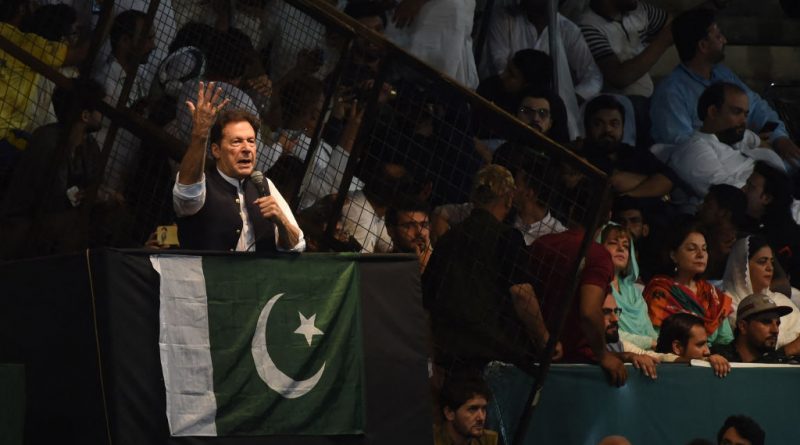 
This year saw far-right leaders win multiple elections around the world. In Sweden, the Sweden Democrats—a party with neo-Nazi roots—became a key part of a governing alliance. In Italy, Giorgia Meloni became the country’s first female Prime Minister after leading a nationalist party with neo-fascist roots. In Hungary, nationalist Prime Minister Viktor Orbán won a fourth term by a landslide. In Israel, Prime Minister Benjamin Netanyahu, aided by far-right allies, returned to power. And in India, the right-wing BJP triumphed in state elections, including in Uttar Pradesh (the country’s most populous state). India’s local elections were largely viewed as a midterm referendum on Prime Minister Narendra Modi’s rule.

But the far-right didn’t fare well everywhere. In Brazil, former President Jair Bolsonaro failed to stay in power after his defeat to the left-wing Luis Inácio Lula da Silva. Meanwhile, neighboring Colombia elected its first leftist president with Gustavo Petro. And in the U.S. midterm elections, the Democratic party held onto its Senate majority and lost fewer House seats than expected.

2023 will be another major year for elections. Below, the key contests.

Elections in Africa’s most populous country are due on Feb. 25 amid a volatile security situation.

Nigeria’s election commission offices have faced a series of violent attacks in recent years. On Sunday, attackers in Imo, southwest Nigeria, set fire to an office; the AP reports that nearly 50 of the commission’s offices have been destroyed since the country’s last election in 2019.

Violence from separatist and extremist groups have made security a key issue for Nigerian voters. “It’s become a daily concern for Nigerians,” says Darren Kew, a professor at University of Massachusetts Boston and an expert on Nigerian politics. “Across most of the major metropolitan areas, there are regular kidnappings… it’s just gotten out of control.” Coupled with high inflation, the easy availability of guns, and at least half of the country living below the poverty line, it’s a “perfect storm of intolerable concerns,” he says.

President Muhammadu Buhari, who leads the center-left All Progressives Congress (APC) party, will not be running; term limits bar him from seeking reelection. APC has put forward the former governor of Lagos, Asiwaju Ahmed Tinubu, to run in Buhari’s place.

More than a dozen parties have candidates on the ballot and if none of them win a majority, Nigeria will have its first run-off election. Those in the running include former Vice President Alhaji Atiku Abubaker, who leads the main opposition party, the center-right People’s Democratic Party, as well as Labour Party candidate Peter Obi.

Sharif’s government has faced criticism over his handling of Pakistan’s economic crisis, the floods, and an upsurge in terrorist attacks.

For his part, Khan, the former cricket star, has held sweeping anti-government rallies since his removal. In August, Pakistan charged Khan under the country’s anti-terrorism act after he criticized top officials for the arrest of his chief of staff; law enforcement accused him of threatening officials. In September, a high court quashed the charges against Khan and in November, a failed assassination attempt left Khan wounded.

Khan has argued that the current Pakistani government is illegitimate and unfit to govern. He has also repeatedly suggested without evidence that the U.S. was involved in his ouster. “It’s a conspiracy [theory], that’s… wildly inaccurate,” says Michael Kugelman, deputy director of the Asia Program at the Woodrow Wilson Center. “He’s arguing that this government is illegitimate, even though it came to power after a no confidence vote that ousted him, which is fully constitutional.”

Pakistan’s former Prime Minister Imran Khan delivers a speech to his supporters during a rally to celebrate the 75th anniversary of Pakistan’s independence day in Lahore on Aug. 13, 2022.

Experts say the big question-mark is when elections will take place—especially since Khan is pressuring the government to hold them earlier. Per the constitution, Pakistan’s elections need to take place Oct. 12 at the latest.

“Khan has been gaining a lot of popularity, so politically speaking, the sooner the elections happen, the better for him,” says Kugelman.

Recep Tayyip Erdoğan’s lengthy rule of Turkey could be put to its toughest test on June 18. Erdoğan was Turkey’s Prime Minister from 2003 to 2014 and has been President since 2017. In 2018, Turkey moved closer to autocracy after shifting from a parliamentary system of government to a presidential one.

But Erdoğan has lost support in recent years, in part because of Turkey’s ongoing economic crisis. Inflation surpassed 80% under his unorthodox economic policies dubbed “Erdoganomics.” Turkey has also cracked down on journalists under Erdoğan’s leadership and enacted a new censorship law.

Erdoğan’s main opponents will likely emerge from the Millet (Nation) Alliance, a coalition of parties that has not yet chosen a presidential candidate, and the Labor and Freedom Alliance, led by the People’s Democratic Party, which has a lot of support from Turkey’s Kurdish minority.

“Erdoğan on his own can muster a great deal of popular support, and it’s unclear that even a coalition of opposition leaders could emerge to challenge him successfully,” says H.A. Hellyer, a nonresident scholar at the Carnegie Endowment for International Peace.

“It seems that Erdogan himself is signaling that he’s not going to continue indefinitely, even if he does win this next election, it may well be his last anyway,” Hellyer says.

On Oct. 29, Argentines will elect a President, members of the National Congress, and governors in most provinces.

Argentina’s economic crisis will likely be on voters’ minds; inflation has reached 88% in the 12 months through October.

President Alberto Fernández, with the center-left coalition Frente de Todos, has said he will run for reelection. He may face competition from within his own party as well as from the conservative economist Javier Milei, a likely candidate with the coalition La Libertad Avanza. Milei has been dismissive of feminism and said he is against all taxes. He describes himself as an anarcho-capitalist, per El País.

In September, a failed assassination attempt targeted Cristina Fernández de Kirchner, Argentina’s current Vice President and President from 2007 to 2015. Kirchner had hinted that she would run for the top job again, but was convicted on corruption charges earlier this month and banned from holding public office.

Bangladesh’s current government has been in power since 2009. But experts and opposition politicians have accused the center-left Awami League of contesting elections unfairly. National reporters said they witnessed ballot stuffing and voter intimidation.

In the 2018 elections, the party was elected with more than 95% of the 298 parliamentary seats secured. “That would be highly unusual in a democracy,” says Kugelman.

“This government has ruled with an iron first and has not hesitated to crack down hard on the opposition,” Kugelman says. Just this month, sweeping anti-government protests resulted in the arrest of hundreds of opposition supporters calling for the resignation of Prime Minister Sheikh Hasina Wazed.

Kugelman is skeptical that a new election commission tasked with administering free and fair elections will be truly independent and not “heavily influenced by, if not dictated to, the ruling party.” Either way, the vote, expected in December, could determine whether democracy flourishes or shrinks in Bangladesh.

Many other countries are heading to the polls this year, even if a large portion of these votes will be neither free nor fair.

In the Americas, there are elections in Antigua and Barbados in January, Paraguay in April, and Guatemala in June.

In Africa, votes are expected in Guinea-Bissau and Sierra Leone in June, Zimbabwe in July or August, Liberia in October, Madagascar in late 2023, and the Democratic Republic of the Congo in December.

In Asia, Thailand is holding a general election in May, Cambodia in July, and Myanmar in August. Some local elections are also taking place in India next year.

And in Europe, elections are due in Czechia in January, Cyprus in February, Estonia in March, Finland in April, Greece in July, Luxembourg and Switzerland in October, and Poland in the fall.