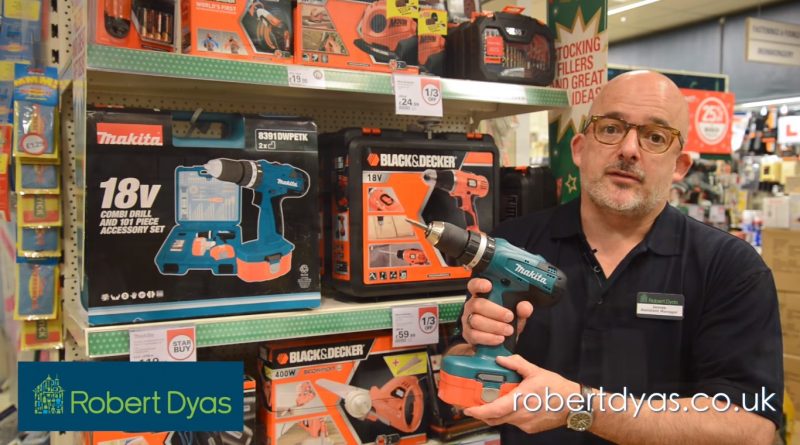 It’s that time of year again – the gay Robert Dyas Christmas advert is once again doing the rounds, which means the festive season has officially begun.

The advert, which was first released in 2015, shows staff and customers in a Robert Dyas store talking about their hobbies and their sexuality – and it’s truly something to behold.

“Hi, my name’s Marcus. I work at Robert Dyas and I’m gay,” one man proudly declares in the advert. Surrounded by a blow-up Minion and capsule coffee machines, he continues: “I like going out with my friends and playing volleyball.

“I also like showing our gay and straight customers a funky range of our Christmas gifts.”

The advert also features helpful contributions from a man called James, who happily tells those watching at home that he is straight.

“I work at Robert Dyas,” he says while holding a saucepan. “I like sailing, baking and showing off all our Christmas kitchen gadgets to our gay and straight customers.”

Don’t care about the John Lewis Christmas ad only wanna see how Robert Dyas follows up on this banger pic.twitter.com/ed6G5O6H0u

But the best moment is reserved for a customer who holds up a spiraliser and tells viewers: “I’m bisexual, and I always find something I love at Robert Dyas.”

The advert ends by telling viewers that Robert Dyas is a place where “gays and straights can buy drills and much much more”.

If that all sounds completely, utterly bizarre, that’s because it is – but it was never intended to be taken seriously. In fact, the advert appears to be a spoof of an advert for a North Carolina furniture store that was widely mocked when it was released in 2009.

That advert, which was released by Rhett and Link’s Red House, kicked off with a man saying: “I’m Richard, I work at the Red House and I’m Black. I like pumping iron, and pumping furniture into people’s homes.”

That advert stormed across the internet when it was first released, leaving a wave of confusion in its wake. Many were left questioning whether the advert was satirical or if it was serious.

Then, in 2015, the Robert Days Christmas advert sprung up – and eagle-eyed viewers were quick to notice its striking resemblance to the Rhett and Link’s Red House ad.

In the years since, the Robert Dyas has become a staple of the festive season – but many people don’t seem to realise that it’s actually a parody and isn’t meant to be taken seriously.

Those who are in on the joke always get a few laughs out of Robert Dyas season, but others are left scratching their heads, wondering what they’ve just sat through.

Hoorah it’s that time of the year again @RobertDyas pic.twitter.com/n1iqrssF7n

One of the biggest questions in advertising is whether the Robert Dyas team who created this were deliberate geniuses or accidental morons. https://t.co/CpcXCz2hg4

People are still falling for the Robert Dyas film 6 years after the event. https://t.co/K2VmnKndES

Hi! I’m bisexual and I shop at Robert Dyas!