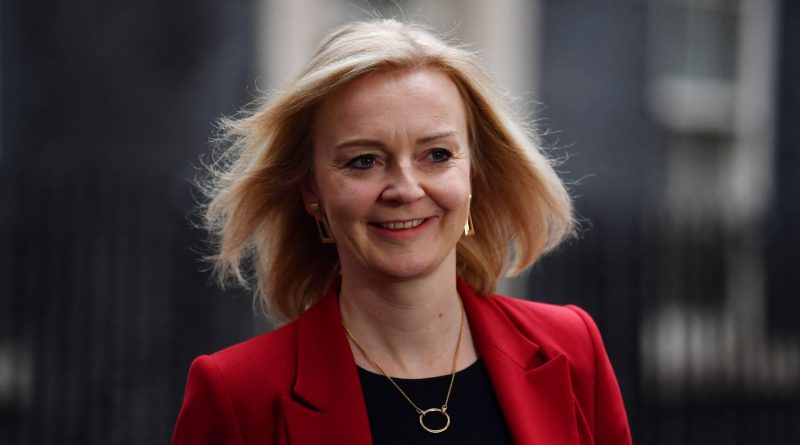 The Conservative government has finally announced proposed plans for its conversion therapy ban – with religious forms of the discredited practice to remain legal.

More than three years after ministers promised to outlaw conversion therapy in England and Wales, a public consultation is launching on Friday (28 October) that will focus on how – not when – ministers will outlaw the discredited and dehumanising practice for good. It will run for six weeks.

In news that will ease initial fears held by campaigners, the ban will target conversion therapy seeking to change sexual orientation as well as gender identity, according to consultation documents seen by PinkNews.

However, the current proposals allow religious forms of conversion therapy for adults – something which equalities minister Liz Truss vowed in March to not allow – as long as “consent” is involved.

Faith-based conversion therapy – anything from “praying the gay away” through to troubling exorcisms – is the most common form of the practice. Fifty-one per cent of people who have endured conversion therapy had it conducted by faith groups, according to the government’s 2018 National LGBT Survey.

Pleased to hear @trussliz confirm that legislation to #BanConversionTherapy should cover ALL practices, including religious practice

This, with the assurances to @ITVPeston about the inclusion of #trans people in the ban, is good news indeed! @BanCTorg pic.twitter.com/HdP4iouAeA

The government said its definition of consent will be “robust and stringent”, relying on the Sexual Offences Act 2003 that defines consent as a person “agreeing by choice, and has the freedom and capacity to make that choice”.

“For consent to be valid in the context of an over-18 entering talking therapy, it must be voluntary and informed, and the person consenting must have the capacity to make the decision,” the consultation paperwork says.

“In line with existing law, vulnerable people aged 18 and over who lack the capacity to consent will also be considered unable to consent to talking conversion therapies,” it adds.

Conversion therapy for under-18s will be completely outlawed

To tackle “physical” forms of the practice, existing violent offences will now treat conversion therapy as a potential aggravating factor. New offences for what the government calls “talking therapy” will also be rolled out.

For now, whether such sanctions will amount to fines or jail sentences remains unclear, however.

Minors are “more vulnerable and therefore are at higher risk of being harmed”, the government says.

“As such, our approach provides stronger protections for those aged under 18 years.”

“Conversion Therapy Protection Orders” will also be introduced, protecting potential victims both at home and abroad.

The consultation, the government was at pains to stress, is to allow the public and stakeholders to offer feedback to step up the ban. It will run from 28 October until 9 December.

PinkNews understands that bill managers have already been assigned to get the bill, which will be led by equalities minister Mike Freer, iwith hopes to have a draft put forward to parliament for spring 2022.

The government’s proposals are shot with “loopholes”, activists warned PinkNews.

Under the current draft plans, LGBT+ people will still be allowed to seek support from professional psychologists, psychiatrists, psychotherapists, counsellors and other clinicians and healthcare staff.

“Talking conversion therapy could not be reasonably understood to include communication such as casual conversations, exchanges of views, private prayer or pure speech acts,” the consultation document outlines.

Grey areas emerge when it comes to those seeking guidance from faith leaders and advisors, activists say.

If the religious counselling is with the “intent” of converting the person’s sexual orientation or gender identity, then the adult must “consent” to it, according to a consultation document.

“However, the person entering the arrangement must have freely consented and received all the appropriate information about the potential impacts, short and longer-term, of such counselling to allow them to do so, otherwise this would amount to an offence,” it states.

Jayne Ozanne, a former member of the government’s LGBT+ advisory panel and herself a conversion therapy survivor, is “deeply concerned” by this loophole.

“The consultation document makes little mention of the harm that religious practices are known to cause, nor does it recognise that the government’s own research has shown that these form the majority of such practices,” she told PinkNews.

The long road to a conversion therapy ban

The government’s approach to conversion therapy has been one defined by dither and delay.

Theresa May promised Britain’s LGBT+ community her government would ban the practice in June 2018.

Yet, as Brexit talks battered Britain and Boris Johnson became prime minister, the government quickly became accused of dragging its feet on the matter.

One flashpoint came when Ozanne and two other members of the government’s LGBT Advisory Panel spectacularly resigned in March, citing a “hostile environment” for LGBT+ people in the Tory administration. The government shortly after disbanded the remaining panel.

Even the consultation, which was met with curled lips from activists when announced, was itself delayed, having originally been scheduled for September.

Around two per cent of LGBT+ Britons have undergone conversion therapy, also known as reparative therapy, according to 2018 findings by the Government Equalities Office. Five per cent have been offered it in the past.

Ozanne said the government can simply look to the Cooper Report, drafted by queer campaigners and commissioned by her Ozanne Foundation, for a clear and simple way to ban conversion therapy.

“The Cooper Report has made clear that there are strong legal grounds to limit religious freedoms in order to protect people from harm,” she said.

“I, therefore, urge the government to use this consultation to listen to the lived experiences of survivors rather than prioritising the needs of would-be perpetrators, particularly those within a religious setting.”

Minister for women and equalities, Liz Truss, said in a statement: ”There should be no place for the abhorrent practice of coercive conversion therapy in our society.

“Today we are publishing detailed proposals that will stop appalling conversion therapies and make sure LGBT+ people can live their lives free from the threat of harm or abuse.

“Today’s announcement sets out how we will ban an archaic practice that has no place in modern life.”