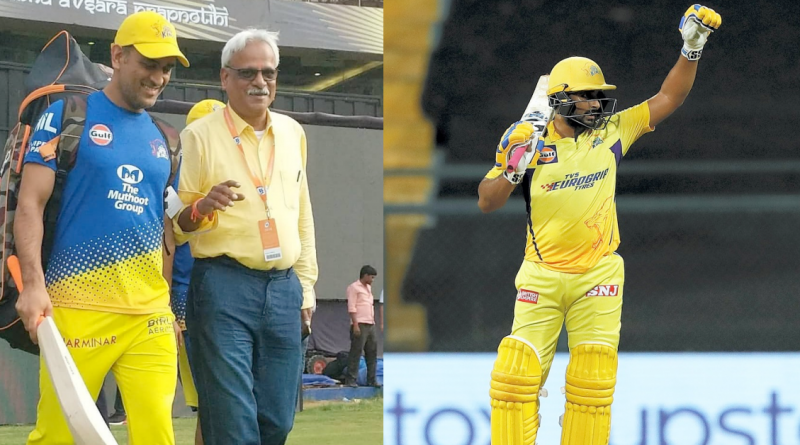 “Slight problems in the family”,” according to a Chennai Super Kings insider, would be resolved as soon as possible. On Saturday, Rayudu tweeted that his IPL career was over before retracting his statement and deleting the tweet.

Rayudu has not retired, according to CSK chief executive Kasi Viswanathan who confirmed it as soon as Rayudu had deleted his tweet.

“I am happy to announce that this will be my last IPL. I have had a wonderful time playing it and being a part of 2 great teams for 13 years, Would love to sincerely thank Mumbai Indians and CSK for the wonderful journey. ”  Rayudu had tweeted in the afternoon and deleted it within minutes.

“He hasn’t retired. He was a bit disappointed for not having done well this season. So in a fit of (frustration), he put that on Twitter. Then I called him and told him that this was not the management’s view (that he is not contributing) and he shouldn’t do that (retire). He agreed to that. He is so attached to the franchise, he felt that he wasn’t doing well and should quit. That’s the only thing,” Viswanathan told The Indian Express.

Rayudu, 36, was a member of CSK’s championship-winning team last season. This season, the franchise released him before of the mega auction before repurchasing him for Rs 6.75 crore. The four-time winners had a dismal IPL season this year, and with two group league matches remaining, they were already out of contention for the playoffs. Rayudu’s contribution to the team has been mediocre, with 271 runs from 12 matches.

The CSK insider is confident that the franchise would come out of this situation as he said, “In a big family, there will always be some problems. Like that we are going through slight problems, which we will come out of. We have the resources to do that.”

Earlier in the tournament, there were some issues with Ravindra Jadeja too. Although Viswanathan stated that no rift occurred, some of Jadeja’s teammates told the Indian Express that the player was unhappy with how the captaincy matter was handled.