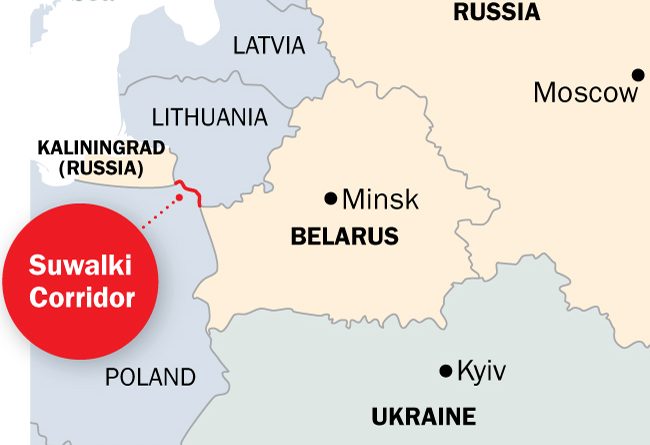 
As the war in Ukraine approaches its eighth month, a prevalent concern—even fear—is that Western war fatigue could soon set in. While support for Ukraine remains steadfast across much of the West, some polls have shown flagging support for sanctions on Russia if they continue to exacerbate economic challenges at home. The prevailing worry is that this coming winter, amid rising energy demand and a cost-of-living crisis, could expose the limits of Western support.

Sviatlana Tsikhanouskaya, the Belarusian opposition leader who has made common cause between the fights for freedom and democracy in her native Belarus and Ukraine, understands the repercussions of such complacency better than most. Since emerging as the unlikely political challenger to longtime Belarusian leader Alexander Lukashenko in 2020, when she put herself forward to contest the election in the place of her jailed husband Sergei Tsikhanouski (a contest she believes she would have won, had it not been for vote tampering), and becoming the de facto leader of Belarus’s pro-democracy movement in 2020, Tsikhanouskaya has dedicated her life to ensuring that her country doesn’t slip from the world’s attention. Over the past two years, she has met with world leaders, represented “democratic Belarus” at international bodies, and lobbied Western capitals to sanction Lukashenko’s dictatorial regime, all the while living in exile in neighboring Lithuania. So far, her efforts have succeeded in ensuring that the West doesn’t recognize the legitimacy of Lukashenko’s 2020 election victory—a result that was dismissed by observers both within and outside the country as rigged—but they have yet to force Lukashenko from power or usher in free and fair vote.

Since Russia’s invasion of Ukraine, Belarus has largely fallen off the world’s collective radar, save for the Norwegian Nobel Committee’s decision earlier this month to honor the jailed Belarusian human rights advocate Ales Bialiatski as one of the recipients of the 2022 Nobel Peace Prize. (Tsikhanouskaya was also among the favorites to win the prize.) As Tsikhanouskaya sees it, the world cannot afford to forget Belarus—especially now. “We need Belarus not to be overlooked because Belarus is not only a part of this crisis,” Tsikhanouskaya tells TIME, referencing Russia’s ongoing invasion of Ukraine. “Belarus can be part of the solution.”

Belarus has played an important, if slightly understated, role in Russia’s war in Ukraine. In the days leading up to the invasion, Lukashenko invited Russia to stage its troops and equipment on Belarusian soil in a move that seemed to formalize the country’s status as a Russian vassal state. While Belarusian troops have yet to be deployed to fight in neighboring Ukraine, Lukashenko has not ruled out their direct involvement. Indeed, the Belarusian leader announced last week an agreement between Minsk and Moscow to deploy what he called a joint “regional group of forces.” Nearly 9,000 Russian soldiers have since arrived in Belarus as part of this joint grouping, according to Belarusian officials—a move that suggests Russia could once again use Belarus as a staging ground for further attacks on Ukraine.

Lukashenko’s posturing can be explained less by his personal commitment to the Russian invasion (he told the Associated Press that he thought it had “dragged on” in May) and more by his own desire for self-preservation. It was Russian President Vladimir Putin, after all, who supplied Lukashenko with security forces to crush the pro-democracy demonstrations against his rule in 2020. The Russian President also backed Lukashenko with a $1.5 billion loan to help him overcome Western sanctions. By supporting his benefactors in the Kremlin, Lukashenko is not only offering Putin a return on his investment, but is shoring up his own position at home.

It’s for this reason, Tsikhanouskaya argues, that long-term security in Europe will be elusive so long as Lukashenko remains in power. If there’s a Putin-friendly regime in Belarus and if Russian troops are allowed to remain on its territory, she says, “no one in our neighboring countries will sleep peacefully.”

While Russian provocations beyond Ukraine are seemingly unlikely given the difficulties that Moscow is already facing in Ukraine, a further weaponization of Belarusian territory nonetheless poses a potential vulnerability for NATO, particularly as it concerns the alliance’s Baltic members. Poland, Lithuania, and Latvia have long regarded Belarus as a key buffer between themselves and Russia. By permitting Russian troops in Belarus, Lukashenko has not only brought Moscow closer to the doorsteps of the Baltic countries, but he has also granted Russia direct access to the strategic “Suwałki Corridor,” a 65-mile stretch of land sandwiched between Poland and Lithuania that connects Belarus with the westernmost and non-contiguous Russian enclave of Kaliningrad, which sits on the Baltic Sea. The prevailing concern is that if Russian troops are able to control the Suwałki Corridor from either side, they could effectively use it to cut off NATO’s Baltic members from the rest of the alliance, posing a major challenge if NATO wished to send ground troops to reinforce its eastern flank.

While some experts have downplayed the significance of the Suwałki Corridor, noting that the land gap represents as much of a strategic issue for Russia as it does NATO countries, is is nonetheless seen as “a vulnerable place, depending on what Belarus does,” says Ben Hodges, the former commander of the U.S. Army in Europe. The fact that Lukashenko has already been seen to forfeit Belarusian sovereignty in order to stay in power makes it unlikely that he will be able to establish trust with Belarus’s closest neighbors even after the war ends. “As long as he’s there or somebody like him,” says Hodges, “it will be very difficult for the neighbors of Belarus to see them as anything other than a puppet of Moscow.”

When asked what the West can do to address this issue, Tsikhanouskaya called for consistency. “Continue applying multiple points of pressure on the regime politically, economically,” she says. “Don’t recognize Lukashenko, don’t send ambassadors. Be strong in this period of history.” More than anything, Tsikhanouskaya says that she hopes that their allies in the West won’t succumb to war fatigue.

“It’s really high time for Western countries to show their strength,” she says. “Not only as politicians, but as people.”