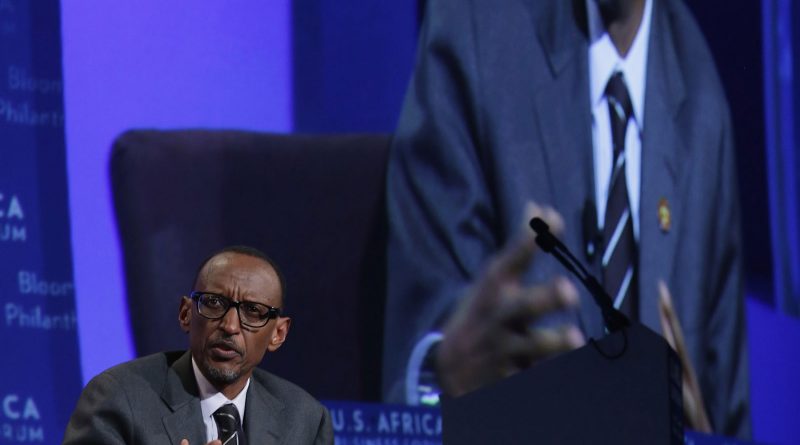 
President Joe Biden this week will host heads of state for the second U.S.-Africa Leaders’ Summit, eight years after the first, convened under the Obama administration. Former president Trump did not engage with the continent, aside from casually hurling racist insults at African nations and cozying up to his ”favorite dictators.” So, while this high-level gathering is a welcome resumption, it is telling to see who will be arriving this week, longevity in office being something of a red flag. To be sure, there have been notable democratic turnovers since the last summit: In the Gambia in 2016 and Zambia in 2021, citizens bravely stood up to and voted out their autocratic leaders. Kenya—a hugely influential African country—this year organized an election that was widely certified by observers to be credible, free, and fair.

But many retrograde African leaders– including 10 who attended in 2014—will soon touch down in Washington, walk the red carpet at the White House, and smile for photographs that will assuredly be used for propaganda purposes back home. A smiling portrait with the American president, after all, will signal to repressed citizens abroad that their pro-democracy efforts are futile. It sends the unequivocal message that no matter how hard they agitate or persevere, the U.S. will stand by their oppressors – and even shake their hands.

Perhaps no African leader plays this game of image management better than Paul Kagame of Rwanda, effectively in power since 2000—longer than the average Rwandan citizen has been alive. Kagame is among the 20 percent of African heads of state who will make a repeat appearance at this week’s summit, being billed as an opportunity to identify “shared values.” But even among this cohort of long-reigning despots and dictators, Rwanda’s president stands out as particularly cunning and ruthless in his full-throttle consolidation of political power back home—a decades-long pursuit that has been, in part, aided and abetted by the United States during successive administrations.

U.S. Rwanda President Paul Kagame speaks during a panel at the U.S.-Africa Business Forum on August 5, 2014 in Washington, D.C.

As Kagame once said of his political opponents, “Many of them tend to die.” So, too, has any façade of democracy in Rwanda. Since winning the country’s first direct presidential elections in 2003—with over 95% of the vote, a winning percentage that has grown to 99% in recent years— Kagame has systematically installed the structures of a totalitarian state in which literally any measure can, and will, be taken by state authorities to silence the calls for inclusivity and democratic reform—from intimidation to collective punishment and from kidnappings to ‘disappearances.’ Even state-sanctioned murder has become routine.

The August 2020 kidnapping of Paul Rusesabagina—a permanent U.S. resident and a Presidential Medal of Freedom Honoree whose actions in the 1994 genocide inspired the film Hotel Rwanda—has cast an especially piercing light on the regime. The ordeal has prompted several congressional resolutions demanding his unconditional release. In July, Senator Robert Menendez, chairman of the Senate Foreign Relations Committee, requested a comprehensive review of U.S. policy toward Rwanda, committing to place a hold on all U.S. security assistance over concerns about human rights and Rwanda’s apparent role in the humanitarian catastrophe unfolding in neighboring Congo. Most prominently, Secretary of State Antony Blinken used his authority, provided by the U.S. Congress, to designate Rusesabagina as “wrongfully detained,” the same designation as Brittney Griner, who was freed from a Russian prison last week after intense U.S. negotiations. To put this into context: there is not another world leader alive today who would have the ability to move freely around Washington with this diplomatic red flag on their record.

As dire as the situation has been in Rwanda, an argument can be made that it is growing worse. And it may deteriorate further in the following months. This is because 2024 will mark both the 30-year anniversary of the 1994 genocide as well as fall on a presidential election year, one in which Kagame will contest for a fourth term after forcing through a change in the country’s constitution to extend his rule. As an anonymous Rwandan citizen told a Human Rights Watch researcher: “Here, the problem is talking the truth. If you do, they go after you.”

The U.S. government, of course, is fully aware of this expanding catalog of serious crimes, both at home in Rwanda and abroad through the use of transnational repression. In addition to the added scrutiny in the halls of the U.S. Congress, Rwanda’s myriad human rights abuses are published annually in the Department of State’s Country Reports on Human Rights Practices.

Nevertheless, since officially taking power in 2003, total aid and development assistance to the Kagame regime has increased by 400%, according to data from the World Bank. In Fiscal Year 2021, the U.S. alone provided over $147 million in bilateral assistance, including to “advance goals in democracy and governance.” These investments—which comprise a significant percentage of Rwanda’s state budget—have emboldened an already brazen dictator. Instead of committing to reform—in line with the demands of citizens across Africa for more openness, civil liberties, and multi-party democracy—Kagame merely snubs his nose at the condemnations of his abusive rule, while cynically accusing his critics of “hypocrisy.”

US Secretary of State Antony Blinken meets with Rwandan President Paul Kagame at the Presidents Office in Urugwiro Village in Kigali, Rwanda, on August 11, 2022.

The transformation of Africa will be driven by Africans, especially younger generations, those who see freedom of speech and free and fair elections as the key pillars of democracy. But by funding and enabling Africa’s aging autocrats, the U.S will stand in the way of those ambitions. If the Biden Administration is sincere about building on “shared values” and advancing equitable relationships with African citizens, then investments beyond retrograde strongmen like Paul Kagame would be an ideal place to start.