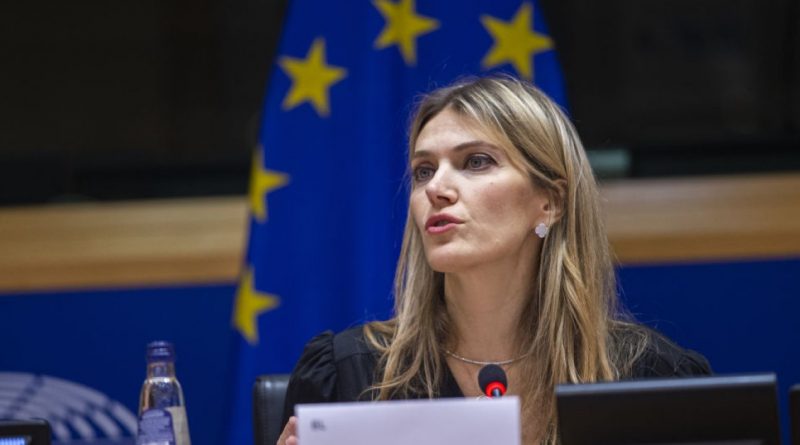 Belgian federal prosecutors charged four people on Sunday with corruption, money laundering and participation in a criminal organization on behalf of a “Gulf State,” which Belgian media and some members of the European Assembly have identified as Qatar. European authorities have not named the country.

The federal prosecutor’s office said “it is suspected that third parties in political and/or strategic positions within the European Parliament were paid large sums of money or offered substantial gifts to influence Parliament’s decisions,” in a statement.

Earlier in the week, Belgian police raided 16 properties across Brussels and seized €600,000 in cash, as well as computers and phones. Among those arrested is allegedly Eva Kaili, one of the European Union’s vice presidents. Belgian police conducted more raids at European parliament offices on Monday.

Who are the key players involved?

Six people had been taken in for questioning by authorities so far, with two released, the New York Times reported. Others who were detained on Friday include Kaili’s husband Francesco Giorgi, who works as an aide to Italian MEP Andrea Cozzolino, as well as her father, Alexandros Kailis. They also include Luca Visentini, chief of the International Trade Union Confederation and Pier Antonio Panzeri, a former member of the European parliament, per the Times. The identity of the sixth individual is not known.

Kaili, a Greek member of the E.U. parliamentary body and former news anchor, is one of the institution’s 14 vice presidents. The political groups that Kaili was a part of took swift action in response to the investigation; she was suspended by the Greek party Pasok-Movement for Change as well as the E.U.’s Socialists and Democrats group. Greece has also frozen the assets of Kaili’s family, POLITICO reported.

Giorgi—her husband—is an adviser focused on issues in the Middle East and North Africa in the European Parliament and founder of Fight Impunity, an NGO focused on human rights violations.

How has the E.U. responded?

The E.U.’s top official, Ursula von der Leyen, expressed “utmost concern” over the allegations on Monday. “This confidence and trust in our institutions need the highest standards of independence and integrity,” von der Leyen said at a news conference. She called for the creation of an independent ethics body moving forward.

“This will go down in history as one of the greatest and most shocking violations—maybe the largest scandal in European politics, which hopefully is going to trigger some reaction from political leaders…in pushing for reform,” says Alberto Alemanno, a professor of European Union Law at HEC Paris and founder of The Good Lobby, a non-profit committed to ensuring equal access to power in European policy-making.

What does the scandal mean for Qatar?

The investigation by Belgian officials comes as Qatar is hosting the FIFA World Cup. The country has faced criticism over its labor practices and poor treatment of migrant workers.

“It undermines their credibility and makes it difficult to establish that they have done something that moves the needle forward on labor rights,” says Philip Nichols, a professor at the University of Pennsylvania and an expert on corruption.

Qatar denied accusations of misconduct in a Tweet on Sunday from the Ministry of Foreign Affairs. “Any association of the Qatari government with the reported claims is baseless and gravely misinformed,” they said.

Kaili had previously expressed support for Qatar ahead of the World Cup.

“Qatar is a front-runner in labor rights…and reducing minimum wage,” she said in a November speech before the European Parliament while lawmakers were debating human rights in the context of the FIFA World Cup in Qatar. “Still, some here are calling to discriminate them. They bully them and they accuse everyone that talks to them or engages of corruption.”

Alemanno says the scandal is a “wake up call” for the E.U., and trust has likely been eroded in the institution. “The E.U. can hardly afford to look so weak to corruption by countries that the E.U. is chastising on the public stage; there’s a clear double standard that has emerged.”