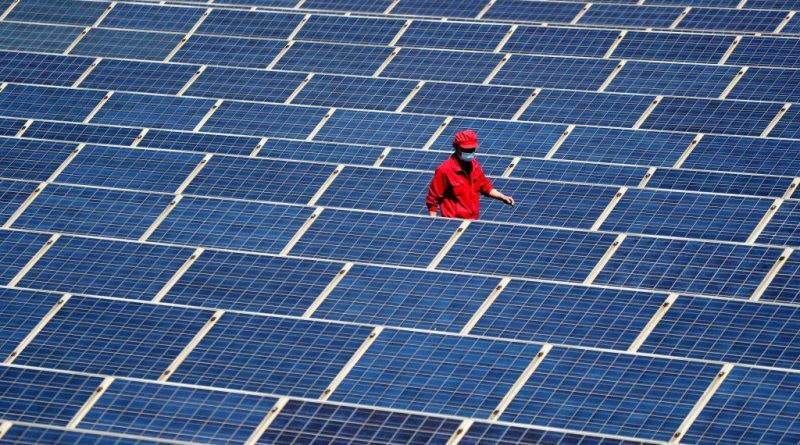 
​​China’s policy of working to prevent every single COVID case, known as zero-COVID, has been controversial from the beginning. Observers raised questions about the possible economic impacts as well as the potential encroachment on civil liberties that might result from the surveillance necessary to enforce such a program. This week the situation boiled over as protesters in at least eight Chinese cities took to the streets in frustration with the restrictive program, a rare uprising against the Communist Party regime.

China’s zero-COVID policy—and the subsequent outrage—have a wide range of implications, from testing the durability of the Chinese regime to harming global economic growth. As a climate journalist, it’s been particularly interesting to watch the debate about how the approach will shape global energy use and the push to cut emissions. There’s no clear-cut consensus about exactly what zero-COVID means for climate, but it’s also clear that a continued dedication to such a stringent approach in the world’s largest emitter and second-largest economy will shape the future of climate action.

The most obvious place to start is with manufacturing. Pre-COVID, China manufactured nearly 30% of the world’s products, according to data from the United Nations Statistics Division. And the percentage is far higher for clean technology. For example, China today makes more than 80% of the world’s solar panels, and COVID lockdowns have stifled the country’s ability to meet demand for that, and other clean energy technologies. Looked at from a long-term perspective, the disruption could alter the country’s Five-Year Plan for economic growth and low-carbon development, which in turn feeds into its longer-term decarbonization goals.

Beyond manufacturing, the societal impacts of China’s zero-COVID policy has shaped global oil markets whenever an outbreak and subsequent lockdowns have occurred. Oil prices dipped on news of COVID lockdowns in June, August, and October of this year. Just this week, the price of Brent crude, the global benchmark for fossil fuels, dipped to its lowest number in months following news of significant protests across the country. That list isn’t exhaustive, but it gives a taste.

What does this mean for climate? In the short term, higher oil prices discourage burning of the fossil fuel, in theory marginally reducing consumption. But, of course, what matters when it comes to energy and energy investment is the long term. Rapid variations in oil prices make it difficult to plan a smooth transition away from fossil fuels, and show clearly the value of having locally sourced renewable energy delivered via a long-term contracted price—which would be unaffected by lockdowns.

It’s worth noting, of course, that China’s zero-COVID policy isn’t single handedly, or even primarily, responsible for the significant fluctuation in oil prices this year. Russia’s invasion of Ukraine and the aftermath has been the primary cause of destabilized markets this year. But the zero-COVID policy—and the lockdowns and protests that followed—are a reminder of the connection between climate policy and seemingly unrelated policy areas, not just in China but around the world.