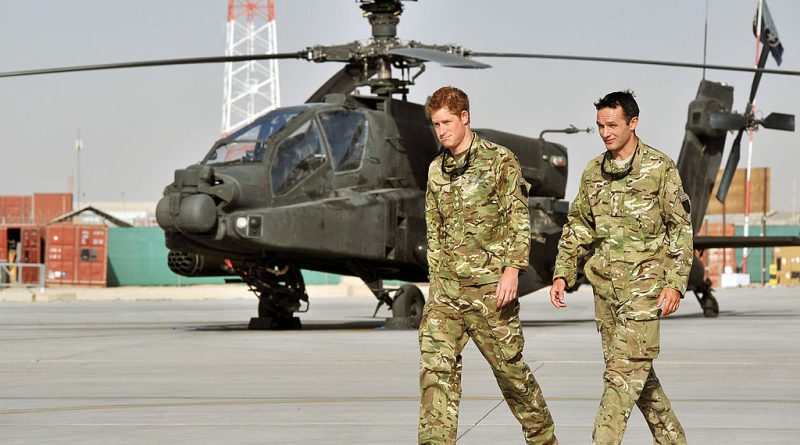 
Prince Harry has been the subject of criticism from the military community and beyond after stating in his memoir Spare that he killed 25 members of the Taliban, according to reporting from leaked copies.

Aside from other shocking accusations—such as the claim that his brother, Prince William, knocked him to the floor during an argument—the 38-year-old also spoke of his decade-long service in the British army, which included being in charge of firing missiles from an Apache attack helicopter.

The Duke of Sussex wrote that he killed 25 suspected Taliban insurgents during his two tours of Afghanistan. According to reports from the leaked manuscript he said he was neither “satisfied” or “embarrassed” by the fact. “In truth, you can’t hurt people if you see them as people,” Harry said. “They were chess pieces taken off the board, bad guys eliminated before they kill good guys. They trained me to ‘other’ them and they trained me well.”

It is perhaps the only major revelation to emerge from Spare that has clear real-world implications beyond the international sport of royal watching. Former U.K. military officers have criticized Harry’s publication of the details. But experts say that Prince Harry’s comments also get at something deeper about how service members process the violence that they experience in war.

HELMAND PROVINCE, AFGHANISTAN – SEPTEMBER 7: Prince Harry (L) is shown the Apache flight-line by a member of his squadron (name not provided) at Camp Bastion on Sept. 7, 2012 in Helmand Province, Afghanistan. Prince Harry has been redeployed to the region to pilot attack helicopters.

Criticism from the U.K.

Prince Harry’s comments stoked condemnation from British military figures like Richard Kemp, a former British Army colonel, who warned in the U.K.’s Telegraph newspaper that his actions could “provoke” the Taliban and their followers to “carry out attacks against the UK.”

The response from the Taliban was swift. “The ones you killed were not chess pieces, they were humans; they had families who were waiting for their return,” tweeted Anas Haqqani, a senior member of the Taliban government and a member of the Haqqani Network, which the U.S. and U.K. label as a terrorist organization.

Former head of the Royal Navy, Admiral Lord West, told the U.K. Sunday Mirror newspaper that Harry was putting the security of the Invictus Games—a sporting competition that spotlights wounded and injured veterans that was founded by Harry—into jeopardy, calling his publication of his wartime actions “very stupid.”

And Tobias Ellwood, the chairman of the Defence Select Committee in the U.K. Parliament and a former British army captain, told press that “there is the unwritten assumption that nobody publicly discusses kill counts for the principal reason that it can have security repercussions.”

But Jessica Wolfendale, a professor of philosophy with Case Western Reserve University’s Inamori International Center for Ethics and Excellence, says that such accusations are likely overblown. “I don’t really think they’re harmful in terms of endangering British forces. They could be harmful in the sense of creating hostility towards British forces, if it’s believed that his attitude is representative of the British forces.”

Instead, she and other experts tell TIME, Prince Harry’s statement brings to light an important question about the type of training service members receive in order to be able to carry out their role in the military. Increasing the physical and psychological distance from their actions in war can help service members get past the natural human resistance to killing, Wolfendale says.

She adds that despite graphic memoirs from special operations soldiers about their time in war—including some like American Sniper that have become Hollywood blockbusters—the concern surrounding Harry’s rhetoric has more to do with his nonchalant manner of speaking.

“It’s not so much the fact of talking about having killed but the attitude that he seems to express in the way he talks about it,” Wolfendale tells TIME.

Harry’s comments are also reminiscent of a separate controversy during a 2013 interview where he compared his control of the weapons system as a “joy,” likening it to “playing PlayStation and Xbox,” according to the Guardian.

“I do hear that as literally objectifying something that is deeply human with great moral costs attached to it,” said David DeCosse, the Director of Religious and Catholic Ethics and Campus Ethics Programs at the Markkula Center for Applied Ethics. “That language is regrettable to me, in fact, it sort of dehumanizes these people.”