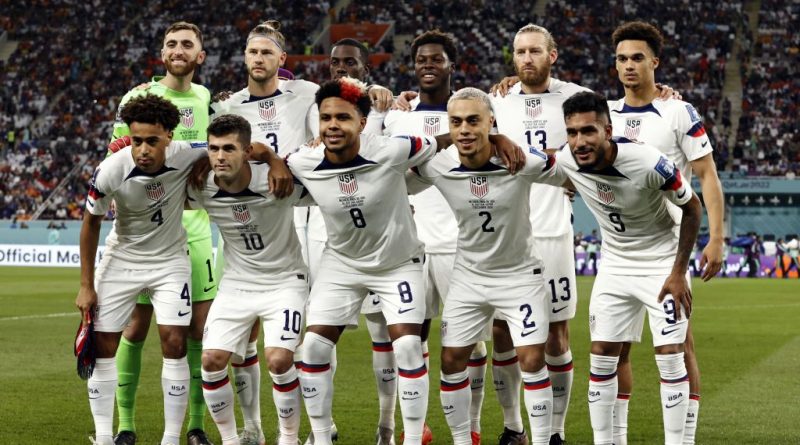 
It wasn’t the glorious finale they may have hoped for, but members of the U.S. World Cup team can hold their heads high after a spirited showing in Qatar. Gregg Berhalter’s inexperienced squad—the second-youngest at the tournament—proved doubters wrong by qualifying undefeated from Group B before Saturday’s tricky knockout game against a star-studded Netherlands team proved a step too far.

Yet there were plenty of positives to take from two ties against England and Wales, as well as an emphatic win against Iran. The U.S. team played with a distinct high-energy style and never looked out of place among the “big boys” of European and South American soccer. Under Tyler Adams, the youngest captain at the World Cup, the USMNT showed they were a close-knit group fueled by relentless midfield aggression. When soccer “artists” like England’s Harry Kane or the Netherland’s Memphis Depay tried to paint their pretty passing masterpieces, Adams and fellow midfield enforcer Yunus Musah made no apologies for abruptly kicking over their easels.

But as was clear from the questions fired at Berhalter at every press conference, Qatar itself was always a sideshow. With the next World Cup to be held in an expanded 48-team format across North America in 2026—the U.S. automatically qualifies as co-host—there’s no denying this year was merely a dry run, a springboard before the next “home” tournament when the ability of this young team should be cresting.

“To be fielding the youngest line-ups in the World Cup four games in a row, and still be able to play the way we are, I think the American public should be optimistic [about 2026],” Berhalter said following the Netherlands loss.

It’s optimism that will hopefully dovetail with a groundswell of interest that could permanently shift the needle regarding the popularity of men’s soccer at home. Already, Major League Soccer (MLS) is seeing record crowds amid burgeoning attention from across mainstream sports and beyond. The current roster of MLS owners include NFL quarterback Patrick Mahomes, NBA legend Magic Johnson and Hollywood stars Will Ferrell, Matthew McConaughey, and Reese Witherspoon. For Adams, “celebrities and non-soccer-related people are having a bigger interest in the sport” and really pushing its popularity.

“It’s an ascending wave of interest that always peaks right around the World Cup,” Leeds United manager Jesse Marsch, one of only three Americans to have coached in the English Premier League (EPL), tells TIME. “[Plus] there’s a real excitement in the young [national] team that we have right now.”

Of course, soccer fans have been gleefully predicting America’s belated love affair for the global game for decades. The North American Soccer League (NASL), founded in 1968, was expected to transform the U.S. into a nation of soccer devotees. While David Beckham’s 2007 transfer to Major League Soccer (MLS) is seen as a major inflection point for soccer in the U.S., many forget that the NASL had already attracted some of the greatest players ever to lace up boots, including Pelé, George Best, Franz Beckenbauer and Johan Cruyff. Yet the NASL still crumbled amid spiraling debts in 1984.

In hindsight, critics say that NASL attempted to grow too quickly. The MLS, however, has taken a slow and steady approach that is now paying dividends. MLS attendances this season are up 25% over last. While soccer has been popular amongst American women for decades, as evidenced by the four World Cups and similar number of Olympic Gold Medals the USWNT have won since 1991, men are now getting in on the act. High school soccer participation grew 32% from 2002 to 2019, surpassing baseball, hockey, basketball and American football (which has actually fallen), according to a new report by Telemundo.

Soccer is also the fastest growing mainstream sport for fans in the U.S., where the number rose 52% between 2012 and 2019. There are an estimated 85 million soccer fans in the U.S. today, according to the Telemundo report. There are myriad drivers behind the boom, including parents’ concerns regarding possible brain injuries relating to American Football, as well as a national demographic tilt toward Latinos, over three-quarters of whom aged 16 or older profess to be soccer fans.

The staggering reach of the World Cup—this year’s tournament is expected to draw 5 billion viewers­ from across the world—is another factor. Largely owing to America’s engrained sports culture and immense stadiums, the 1994 U.S. World Cup remains the best-attended iteration in history, despite the fact that competition was still in a smaller 24-team format. That means the newly expanded 48-team version in 2026 will almost certainly blow up all records.

Then there’s the cultural phenomena like the recent success of shows Ted Lasso and Welcome to Wrexham, which are pushing soccer into the mainstream. Plus you can just follow the money: Aside from the MLS, U.S. sports franchises are increasingly investing in European soccer teams. Eight of the 20 EPL teams today are American-owned—including Liverpool, Arsenal, Manchester United, and Chelsea—while many others have minority American stakes. American ownership is often controversial; while Liverpool’s owners are beloved, Manchester Utd fans regularly launch violent protests against their owners, while new Chelsea owner Todd Boehly has been ridiculed in the U.K. for proposing a soccer equivalent to the All-Star Game.

But the shift of power is undeniable. FIFA was founded in Paris and has spent the last 90 years based in Switzerland. Yet of the eight FIFA global sponsorship partners for the Qatar World Cup, only one—Adidas—is European, while two hail from the U.S. and the rest from Asia and the Middle East. That FIFA is in advanced negotiations for moving its commercial headquarters from Zurich to New York City makes plain where it sees the growth opportunities. For Simon Chadwick, professor of sport and geopolitical economy at the Skema Business School in Paris, soccer has been European in nature for the last quarter century, but increasingly “underpinned by American principles—broadcasting rights, sponsorship deals and merchandising, which initially at least was a quintessentially U.S. phenomenon.”

With demographics, commercial interests plus a World Cup on the horizon, there’s little doubt that soccer is here to stay. U.S. captain Adams believes “it’s a matter of time” until soccer displaces one of the so-called big three American sports, citing a surge of interest and rising standards of the MLS. “The trajectory of soccer in America is only going up,” he tells TIME.