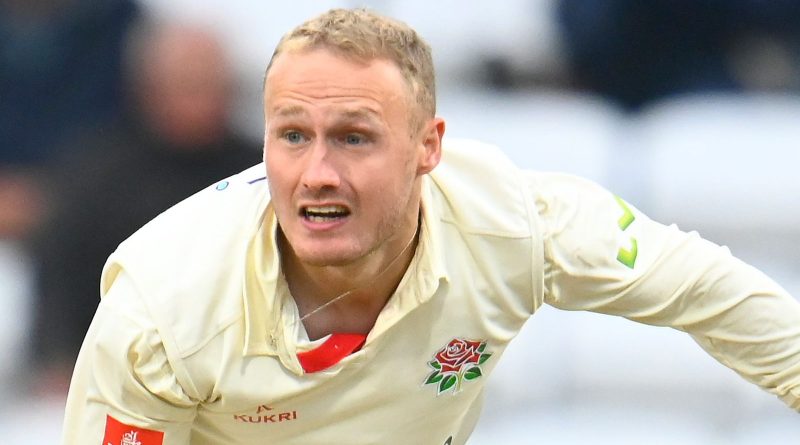 Okay, probably not, but someone will have to lead the attack in four years’ time as England look to defeat Australia in a Test series Down Under, something they have now not done in over a decade.

Finding batters who can score runs, not just in Australia but anywhere, is one of England’s many objectives over the coming years, with the side failing to crack 300 once and only passing 200 four times in the Ashes as they recorded a series average of just 19.18 per wicket.

Much could, and should, change with England’s red-ball cricket before they next trek to Australia and suggesting a side now to compete then seems a rather frivolous activity – but after the winter fans have had to endure, we could all could do with a bit of harmless fun.

After one of the worst years by a top-six batter in Test history in 2021 – Crawley scoring 173 runs across 16 innings at an average of 10.81 – he reminded everyone of his immense talent with an excellent 77 in his second innings of 2022 as he bossed Australia’s bowlers in Sydney.

Crawley’s first-class average of 31.13, which he puts down in part to “poor” county pitches”, is much lower than it should be considering his skillset – he is tall, imposing, confident, has all the shots and, crucially, looks to put the pressure back on opposition bowlers, something a lot of England’s recent defence-minded openers have not done.

Crawley should, as Australia great Ian Chappell said, “be the future of England”. By the time the next away Ashes series approaches, Crawley will be almost 28, which should be his peak years, even if he may always struggle to replicate his peak moment of that 267 against Pakistan at The Ageas Bowl in August 2020.

Crawley aside, suggesting an England opener to play in Australia in four years’ time is like trying to walk the tightrope blindfolded. It’s hard enough even nominating one for the tour of West Indies in March. Sussex’s Tom Haines, though, has time on his side – he only turned 23 in October – and enjoyed a breakthrough campaign in 2021, hitting a Championship-leading 1,176 runs, with three hundreds, six half-centuries and a top-score of 156.

Left-hander Haines may not be as free-flowing as Crawley but neither does he plod along as slowly as Haseeb Hameed and Dom Sibley, with his first-class strike rate of 51.06 superior to that of Hameed (37.88) and Sibley (40.04).

Another contender to open in the next away Ashes is Warwickshire’s Rob Yates, 22, who impressed technically and mentally while scoring four hundreds and 793 runs in total for the Bears in 2021 as they won the Championship title. Considering the way England churn through opening batters, Haines and Yates could both get a go over the coming years.

Former England assistant coach, and now Warwickshire sporting director, Paul Farbrace recently named his charge Yates as one of the county circuit’s emerging batters, a tag he also awarded to Lancashire man Bohannon after watching him score 170 from 334 balls against his side at Emirates Old Trafford last summer from the No 3 spot.

Writing in the Daily Mail, Farbrace said of Bohannon: “He watched the ball carefully, played under his eyes and seemed to have a good temperament.” That ton against Warwickshire was one of two Bohannon struck in 2021, the other coming against Roses rivals Yorkshire, and his first-class average is now a lick under 44.

Bohannon will want to improve his conversion rate – he has turned just three of his 15 scores of 50-plus in red-ball cricket into centuries – but looks a prime candidate to bat for England at first drop in Australia next time around. He also bowls a bit of handy seam.

Root will turn 35 during the next away Ashes series but there is no reason to believe he will not still be banging out runs. He probably will not be captain – he might not even be captain come the West Indies series in March – but he seems likely to remain a vital cog in the middle order.

By then, Root could be closing in on 200 Test appearances and he may very well have overhauled Cook’s England-record 12,472 runs in the five-day arena. Root is only 2,872 behind Cook after the end of this Ashes series.

Stokes, meanwhile, will be 34 come the time of the next trip Down Under. Aging, yes, but not ancient. His role may have changed by then. He may be captain. He may have turned himself from an influential all-rounder into a batter who bowls a bit. He may be a batter who does not bowl at all.

But if his body holds up and he still has a burning desire to play Test cricket, then England will be loath to lose a man capable of such spellbinding moments on a cricket field.

Should it be an Ashes trip too far for Stokes, Dan Lawrence is a middle-order contender. He was on this year’s trip but did not play a game with Ollie Pope (more on him in a just a moment) and then Jonny Bairstow preferred at No 6, while he has previous when it comes to succeeding in Australia, albeit with the England Lions, averaging 98.60 across the formats on the second string’s tour in early 2020.

Then there is Liam Livingstone. Like Stokes, he offers a triple threat with bat, ball and in the field and seems like someone who would relish the challenge of an away Ashes series.

It has been a chastening 2021/22 Ashes for Pope – except for when he deputised as wicketkeeper for a stricken Jos Buttler in Sydney and took four catches. Pope, 24, was picked to perform with the bat and in that discipline he disappointed, not that he was alone.

The Surrey man started with a promising 35 in Brisbane but then bagged three single-figure scores in a row as he played frantically and looked a little lost against Nathan Lyon’s off-spin. The axe fell ahead of the MCG Test, only for him to return for the final game in Hobart after Bairstow’s injury – and then nick off for 14 chasing a wide ball first time around before being bowled behind his legs for five in the second innings.

Pope is seen as the best young batter in England – he averages over 51 in first-class cricket from a not-too-shabby sample size of 61 matches – and you would hope that would translate consistently to Test cricket in future. It perhaps does not say too much for county cricket or England’s coaching at the senior level that it has not happened so far. He’s at No 6 in our side but could slot in higher if Root or Stokes are not still around.

Ah, the age-old wicketkeeping debate. Each of the players hoping to make that spot their own – Buttler (31), Bairstow (32), Sam Billings (30) and Ben Foakes (28) – are theoretically young enough to still be around in 2025/26. We have gone for Foakes, as he is the baby of that group and the best gloveman.

The first of those points is undeniable and the second is widely accepted as fact. What often goes under the radar with Foakes is that he has a first-class batting average in the high 30s, better than Buttler and Billings and only four runs shy of Bairstow. He scored a Test hundred on debut in Sri Lanka and then hit a half-century in the following Test.

If you want another potential gloveman for England on their next Ashes trip, how about Ollie Robinson (not that one)? The 23-year-old Kent keeper has often taken the gloves even when Billings has been in the same team and has four first-class centuries to date.

Seamer Robinson will be only 32 when England next tour Australia and, as he showed in parts this time around, his height, accuracy and skill looks tailor-made for Australian pitches.

Overall in Test cricket since debuting at home to New Zealand last summer, he has bagged 39 wickets in nine games at an average of 21.28, with 11 of those coming in the Ashes at an average 25.54.

The only thing that could stall his Test career is his fitness, with bowling coach Jon Lewis saying Robinson’s conditioning must improve and England have been “pretty frank” with him about that with the paceman prone to tiring towards the end of spells and series.

England really missed Archer’s pace this winter. Sure, the abjectness of their batting may have made it difficult for him to have made match-winning contributions but we saw how much Mark Wood’s speed rattled Australia’s top players and if he could have been deployed alongside Archer, perhaps England would have knocked over the hosts more cheaply.

Archer being available for the next away Ashes is perhaps a hopeful thought. His long-standing elbow injury is taking a long time to clear up and he is not expected to be back in action until the English summer, while we do not yet know how the joint will stand up to the rigours of Test cricket.

If he is fit and available in four years’ time, though, he will surely tour Australia. All England fans will hope that is the same for effervescent Wood, one of the rare bright sparks on this dismal Ashes tour, but he will be 35 by then, so that may, unfortunately, be pushing it.

It’s in the white-ball formats where Mahmood has made his mark for England so far, named Player of the Series in the 3-0 ODI success at home to Pakistan last summer with a leading nine wickets across the three games. Mahmood has played 16 limited-overs internationals in total but is yet to make his Test debut despite being named in squads.

David Lloyd has always believed in Mahmood as a red-ball bowler and his stats in that format are decent – 70 wickets in 25 games at an average of 27.92, with a maiden-five-for coming in a Roses victory for Lancashire against Yorkshire last season.

While not as quick as Archer or Wood, the 24-year-old paceman is quick enough and has the ability to generate reverse swing the aging ball.

Mahmood’s Lancashire team-mate Parkinson has even better red-ball statistics – 102 wickets in 32 games at an average below 24. There has been much debate over the years about whether the leg-spinner bowls too slowly for international cricket but Shane Warne, a master of the craft, thinks his pace is just fine.

“The pace he bowls, the amount of bounce and spin he gets, I think he is perfectly suited to Australian conditions,” Warne said earlier this year. “The good thing is a lot of people would have told him to bowl fast, but he has stuck to being true to himself and what he is good at. If I wanted a spinner to bowl fast, they would be called medium-pacers.”

The support of a legend did not get Parkinson an Ashes gig with England taking finger spinners Jack Leach and Dom Bess instead. Bess did not play while Leach was pretty ineffective, so perhaps England should go down the wrist-spinner route next time.

Mason Crane, who played the Sydney Test in January 2018, is Parkinson’s chief leg-spinning rival. Sky Sports’ Rob Key does like the look of one finger spinner, though, in Surrey left-armer Dan Moriarty, who has bagged 35 wickets in his six first-class matches to date.