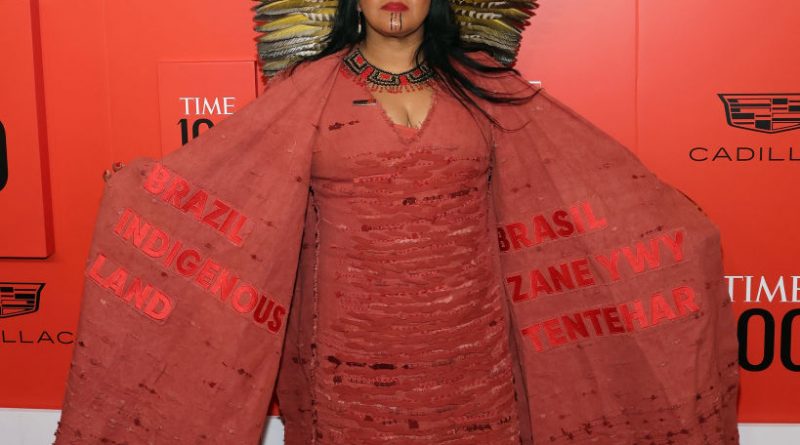 
On Oct. 2, at the first round of national elections, Brazilians who defend the Amazon watched in horror, as far right candidates, including President Jair Bolsonaro, received a much larger share of the vote than predicted. We had hoped two factors would discourage voters from choosing Bolsonaro: his denialist stance on COVID-19, which led to an unusually high death toll of nearly 700,000 in Brazil, and the record rate of deforestation in the Amazon during his presidency. The loss of trees has destabilized Brazil’s climate and triggered record heat waves in our large cities, as well as a black cloud that covered the city of São Paulo in September 2020.

None of that, however, was enough to deliver a first round victory to Bolsonaro’s rival, former letwing president Luiz Inácio Lula da Silva. As a result, the fate of the Amazon now hangs in the balance when Brazilians vote again on Oct 30. In the first three years of Bolsonaro’s government alone, 33,200 square kilometers of the Brazilian Amazon were cleared—the worst rate of deforestation in 13 years. Brazil has destroyed 34% of its share of the Amazon since 1985—more than any of the other nine countries that contain part of the rainforest. (Bolivia is the second worst performer, with 24%)

Before these elections, in the 522-year history of the Brazilian state, only two Indigenous people had been elected to Congress: the first— Mário Juruna—in 1982; the second—Joênia Wapichana—in 2018. But on Oct. 2 two more of us triumphed: myself and Célia Xakriabá. It’s the first time in history that Congress has more than one Indigenous member at the same time.

In spite of that good news, the election results were devastating for the Amazon. As well as our still tiny representation, the newly-elected parliament includes a large pro-Bolsonaro cohort, which champions opening Indigenous lands to mining exploration, agricultural monocultures dependent on pesticides, reducing conservation areas, and relaxing environmental legislation, as well as many other measures that aim to impose a predatory model of economic exploitation, without limits, on the Amazon.

The next four years are crucial for the rainforest. Parts of the Amazon may have already passed a crucial tipping point, after which the lush landscape begins to degrade into savannah, and the forest emits more carbon than it absorbs. If Lula wins, he has pledged to lead a “relentless fight” against deforestation, restoring enforcement of our forest code, replanting cleared areas, and bringing the rate of deforestation to “net zero.” His path will be complicated by the high number of anti-environmentalist lawmakers, but recent analysis by researchers at Brazil’s National Institute for Space Research, the University of Oxford and the International Institute for Applied System Analysis, suggest that a Lula victory could cut deforestation in the Brazilian Amazon by 89% by 2030.

Since Bolsonaro took office, Brazil has gone back in time. Hunger has re-emerged. Rates of violence against human rights and environmental defenders are increasing. And the powerful are doubling down on outdated economic models that don’t take account of the climate emergency we are facing.

Recently, Silvio Almeida—a professor, jurist and philosopher—said that a vote for Lula “carries with it a dream” for an ideal Brazil that has not yet existed before, and that therefore, we don’t just need to rebuild the country. We need to restart from scratch to build a fairer nation, free from racism, full of solidarity, and conscious of the importance of protecting the largest tropical forest on the planet.

Read More: Exclusive: Brazil’s Most Popular President Returns From Political Exile With a Promise to Save the Nation

The second round of Brazil’s elections will be crucial to building that new country. If Lula is elected, we will have a chance, despite the difficulties, to keep the Amazon standing. If Bolsonaro is re-elected, the rainforest is doomed, and with it, all of humanity.