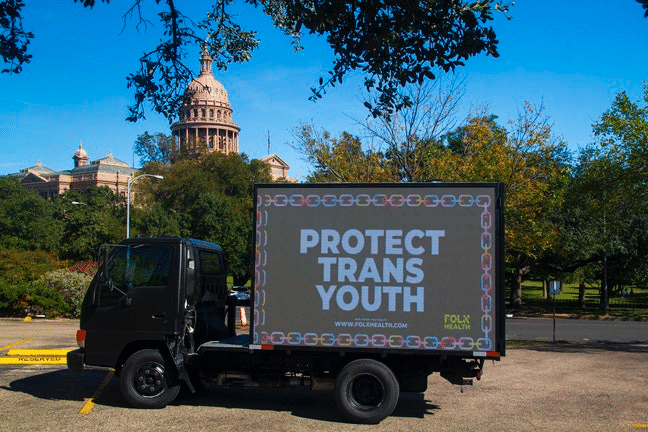 The only public gender clinic for young trans people in the US state of Texas has closed after attacks by anti-trans activists.

The move comes amid rising tensions in the state over gender-affirming care for young trans people, with transphobic activists targeting officials at the hospital where the gender clinic was based and accusing them of promoting child abuse.

Last month, Texas became the 10th US state to sign into law a transphobic bill banning trans students from playing school sports on the teams corresponding to their gender.

The GENder Education and Care, Interdisciplinary Support program (GENECIS) was the first clinic of its kind in the Southwest, bringing mental health services, hormone specialists and young adult care together in one place.

GENECIS confirmed in a statement that existing patients would continue to receive treatment, but that while new patients referred into the hospital would be seen for diagnosis, including evaluation for gender dysphoria, they will not be offered puberty blockers or hormone replacement therapy.

It continues: “We do not anticipate any interruption of care or services for our existing patients who already receive care with these specialty teams.

“The choice to remove branding for this care offers a more private, insulated experience for patients and their families.”

The only gender clinic dedicated to transgender youth in the state of Texas has formally dissolved after far-right activists harassed doctors and called the services provided there child abuse https://t.co/Es1gRplHP6

The GENECIS closure comes less than two months after officials at the Children’s Medical Center Dallas, where the program was based, told The Dallas Express that the service was vital for young people with gender dysphoria and was helping to reduce the “significant suffering and extraordinarily high suicide” rates among trans youth.

“With a suicide attempt rate of up to 41 per cent for children and adolescents with gender dysphoria, there is a need for comprehensive care for these youth,” officials were quoted as saying in an email to the Dallas Express.

The email continued: “Given the significant suffering and extraordinarily high suicide rate in these children, offering a comprehensive, multidisciplinary approach is needed to help treat this medical problem.”

Anti-trans activists who had targeted GENECIS repeated many of the Republican talking points opposing gender-affirming healthcare for young trans people, including falsely claiming that it is dangerous, irreversible or experimental.

The fact that doctors trying to “save lives” by treating young trans people had been harassed is “heartbreaking”, said Ricardo Martinez, the chief executive of LGBT+ campaign group Equality Texas.

“Accessing healthcare can be a courageous act for many LGBTQ+ people because of how difficult it is to find providers who are knowledgeable about our needs and the poor treatment we have experienced by insurers and/or providers in the past,” Martinez said.

News of the gender clinic closing comes at the end of Trans Awareness Week, during which billboards reading “Protect trans youth” and “Trans lives are precious” were towed on trucks around Austin, Texas, in solidarity with trans Texans.