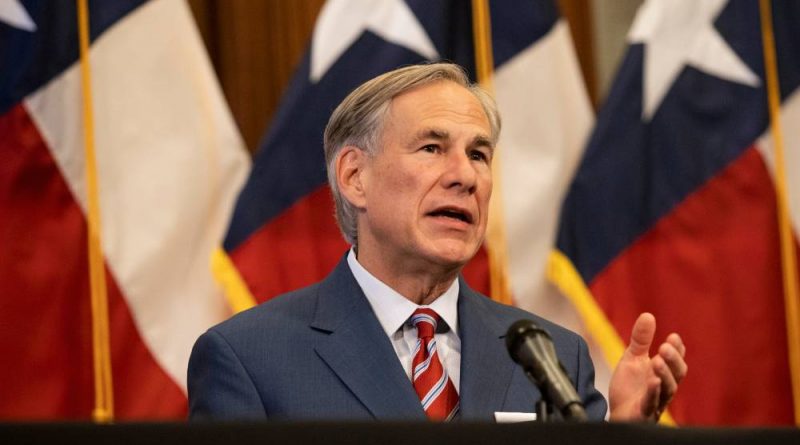 Texas governor Greg Abbott has signed into law a bill banning trans athletes from playing on school sports teams that align with their gender identities.

House Bill 25 requires student-athletes who compete in interscholastic competitions to play on sports teams that correspond with the sex listed on their birth certificate received at or near the time of their birth. This will apply to students enrolled at public K-12 schools in Texas when it takes effect on 18 January, according to the Texas Tribune.

It officially makes Texas the 10th state to enact an anti-trans sports ban.

However, it eventually cleared the Republican-controlled House in a 76-54 vote, and then passed in the Senate 19-12 earlier this month. It was later returned to the House for reconciliation on some amendments before it was approved by a final 76-61 vote.

Republican representative Valoree Swanson, a lead sponsor on the bill, claimed on the House floor earlier this month that the legislation is “all about girls and protecting them”.

But LGBT+ activists have criticised the bill for discriminating against the trans community and young people who just want to play on school teams that align with their gender identity.

Rebecca Marques, Human Rights Campaign (HRC) Texas state director, said the new legislation marks a “dark and frightening day for thousands of families in Texas who fear for the safety and future of their transgender children”.

“Transgender animus is on the rise in Texas and across the country as evidenced by discriminatory legislation, and this only serves to give fire to the hate we’re seeing,” Marques said. “Transgender kids, just like any kid, simply want to play sports with their friends.”

She added that the bill has “always been a right-wing political ‘solution’ in search of a problem” as “Texas legislators have failed to provide examples of any issues in the state because there simply are none”.

The HRC then declared it would use “every tool in the toolkit to stop this law from taking effect and fighting to repeal this and every anti-transgender bill in the country”.

Ricardo Martinez, CEO of Equality Texas, said he was “devastated at the passage of this bill” in the wake of “powerful testimony of trans kids and adults, families and advocates” and calls for Abbott to veto the bill.

“Most immediately, our focus is our community and integrating concepts of healing justice to provide advocates who have already been harmed by this bill with spaces to refill their cup and unpack the acute trauma caused by these legislative sessions,” he said.

“Our organisations will also begin to shift focus to electing pro-equality lawmakers who understand our issues and prioritise representing the vast majority of Texans who firmly believe that discrimination against trans and LGB+ people is wrong.”

The continued waves of hateful legislation have taken a huge toll on the queer community in Texas. The Trevor Project, an LGBT+ suicide prevention group, said calls from young LGBT+ Texans increased 150 per cent this year, to almost 11,000.

Amit Paley, CEO and executive director of The Trevor Project, slammed the passage of House Bill 25 in Texas.

“Transgender and non-binary youth are already at higher risk for poor mental health and suicide because of bullying, discrimination and rejection,” he said. “This misguided legislation will only make matters worse.”

He continued: “To every trans Texan who may be feeling hurt and attacked by this legislation and months of ugly political debate — please know that you are valid, and you are deserving of equal opportunity, dignity and respect.”