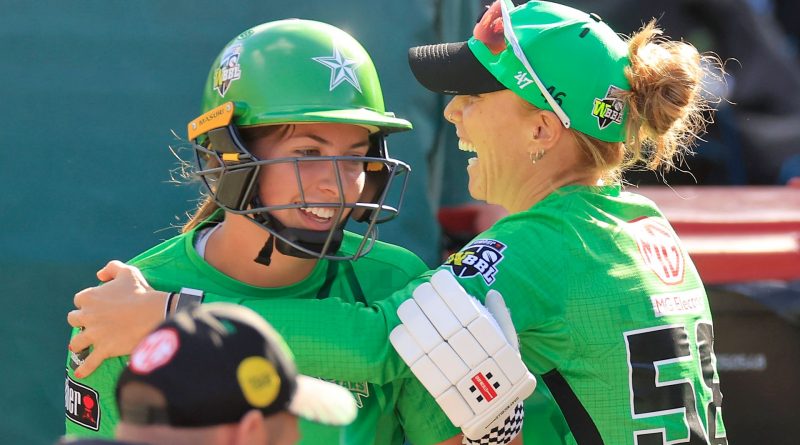 The 19-year-old beat the previous record of 22 balls, which had been set by fellow Australian Ashleigh Gardner and South Africa’s Lizelle Lee during the 2017-18 competition.

Flintoff’s innings is believed to be the second-fastest recorded fifty in women’s T20 cricket, after Marie Kelly’s 15-ball half-century for Warwickshire against Gloucestershire in May of this year.

Flintoff finished unbeaten on 51 from 16 deliveries against Strikers, after England pair Lauren Winfield-Hill (47 off 49) and Alice Capsey (49 from 31) had starred in a team total of 186-5.

Strikers made only 164-8 in reply with Flintoff adding to her special day by taking a wicket and a catch and fellow teenager Capsey dismissing Bridget Patterson for 41.

Flintoff is yet to play for the full Australia side but was included in an Australia A squad to face England A earlier this year.