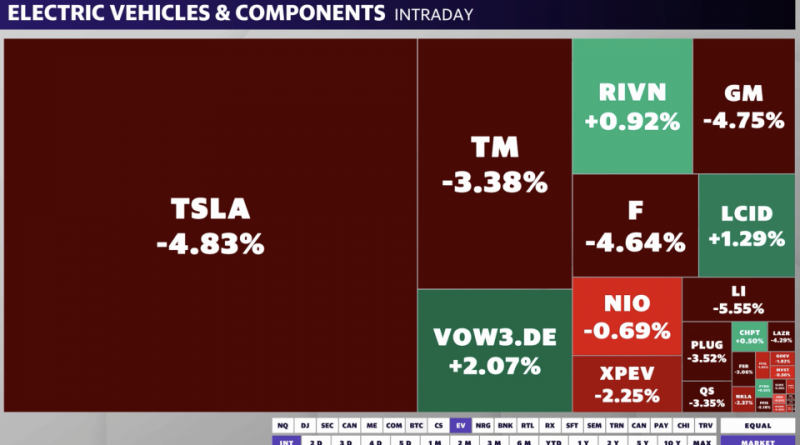 Tesla (TSLA) shares dipped below $1,000 each on Monday, to their lowest level since October. The electric vehicle giant’s stock slipped as much as 5% during the morning session.

“A retracement to the 100 day [moving average] at $865 would be a downside technical target to watch,” Jay Woods, chief markets strategist at DriveWealth told Yahoo Finance.

“It did have a 37% correction from January to May. So a correction is not out of the ordinary when looking at TSLA historically,” he added.

The stock’s downward move comes on the same day CEO Elon Musk was named “Times Person of the Year”.

Musk began selling billions of dollars worth of Tesla shares in November, a move he had telegraphed earlier this year. The selling put pressure on the stock. Recent market volatility and concerns over the Federal Reserve taking steps to combat inflation have also caused intraday downward moves.

The company hit $1 trillion in valuation for the first time ever on October 25th. The stock reached an all-time high of $1,229.91 on November 4.