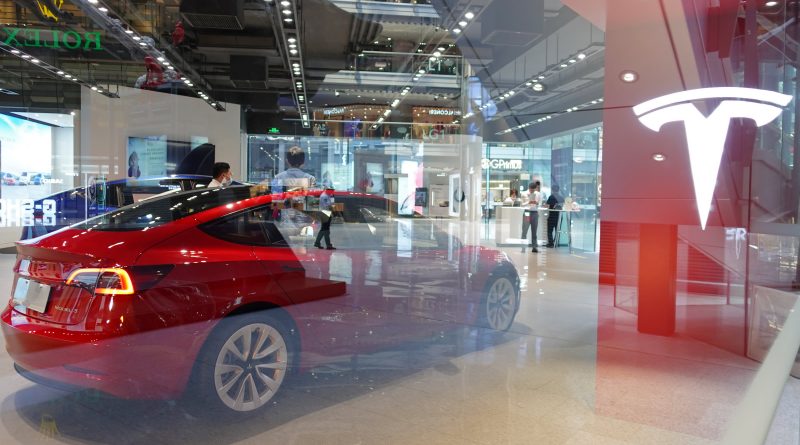 Tesla said on Monday that a $23 million bitcoin-related impairment caused some drag on its quarterly operating income.

The electric auto company only referred to bitcoin or crypto one time in its second-quarter announcement, after CEO Elon Musk went back and forth on whether Tesla would accept bitcoin for vehicle purchases.

In February, Tesla announced a $1.5 billion purchase of bitcoin – more than its entire quarterly research and development budget – and said it may continue investing in cryptocurrencies. As of the end of March, the company said its investment was worth $2.48 billion, based on the surge in bitcoin in the first quarter.

Tesla reported a net gain of $101 million from sales of bitcoin during the first quarter, helping to boost its net profits to a record high. On the company’s statement of operations, that gain shows up as a reduction in operating expenses, suggesting that it flipped some of its holdings as bitcoin prices rose that quarter.

But the price of bitcoin plunged more than 40% in the second quarter, so Tesla’s holdings would be worth much less than at the end of the first quarter. The cryptocurrency peaked above $63,000 in April, and then dropped below $30,000 earlier this month. Bitcoin is currently trading just shy of $40,000.

Tesla doesn’t account for bitcoin as a mark-to-market asset, meaning it only recognizes an earnings benefit if it sells to lock in the gains. Therefore, the drop in the value of bitcoin shouldn’t affect earnings as long as Tesla hasn’t divested of any of its holdings.

That’s a different way of reporting investments than companies that back tech start-ups through their venture arms. In those instances, companies typically mark their holdings every quarter based on the market price, determining the value by a follow-on financing round or a public stock price.

Despite the bitcoin expense, Tesla’s operating income quadrupled to $1.3 billion from the same period a year earlier. Revenue of $11.96 billion and earnings per share of $1.45 both topped analysts’ estimates, according to Refinitiv.

Shares of Tesla are up 1.4% in after hours trading Monday to $666.59. The stock, among the best market performers in recent years, has dropped more than 25% since January.