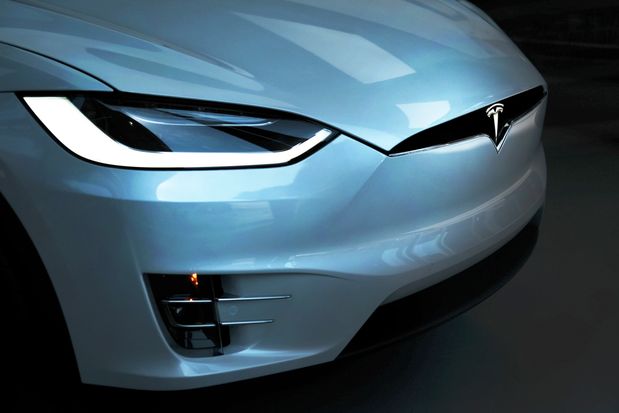 in January. It has been right about a number of price swings for electric-vehicle leader Tesla stock before.

AI-powered investor Qraft, a South Korean fintech with almost $60 million in assets across four ETFs, doubled down on Tesla (ticker: TSLA), which also was its largest holding in December, while pouring into shares of chip maker Nvidia (NVDA) this month.

AMOM has a history of correctly anticipating price moves in Tesla stock. The fund sold off all of its shares in the company at the end of August 2020, before the stock fell 14% that September and a further 10% in October.

But AMOM bought the dip, reinvesting in Tesla in November 2020. It loaded up on shares until the end of January 2021, when the stock was then at an all-time high. The fund then sold before a nearly 23% drop between the beginning of February and May.

“AMOM has a track record in profit-taking trading of Tesla—aided by AI’s ability to overcome human investing biases,” said Francis Geeseok Oh, a managing director at Qraft and the head of its Asian-Pacific business. “Tesla nears record highs in its stock price.”

Oh highlighted that Tesla’s recent gains have come as major shareholders like CEO Elon Musk and Cathie Wood’s AARK funds have significantly reduced their positions. He also pointed to Tesla’s impressive fourth-quarter deliveries, which saw the stock shoot upward, calling them “more impressive in the context of the semiconductor shortage.”

While AMOM doubled down on Tesla, its single largest addition to the fund in January was Nvidia. In December it didn’t own shares in the company, which dominates in the graphics processing unit space, but Oh is bullish that it will be a good pick in both the short- and long-term.

“Nvidia has created a near monopoly on high-performance GPUs which will power the next digital shift of augmented reality and the metaverse,” he said.

After Tesla and Nvidia, the third, fourth, and fifth largest holdings in AMOM are

(ADBE), respectively. These stocks have a portfolio weight of between 4% and 5.9%, and were also the biggest additions to the fund in January after Nvidia.

For now, Shopify, at least, seems to have been a particularly bad pick. The stock has fallen more than 15% since the start of the year, extending six-month losses to nearly 23%. But maybe the robot trader can tell something others can’t.

The five largest removals from AMOM this month were

(SPOT). In December, these were the fund’s largest holdings after Tesla.

AMOM made profit-taking trades on Autodesk and Fortinet, which rose 12.6% and 17.7% in December, respectively. The rest of the stocks all underperformed the

Qraft’s other AI-picked ETFs are focused on U.S. large-caps broadly (

Theoretically, researchers have shown that AI investing strategies can beat the market by up to 40% on an annualized basis, when tested against historical data, though some experts caution that AI-run funds won’t “crack” the code of the stock market.

The entrance of AI-run funds onto Wall Street promised a new high-tech future for investing, though it hasn’t quite lived up to the hype yet.