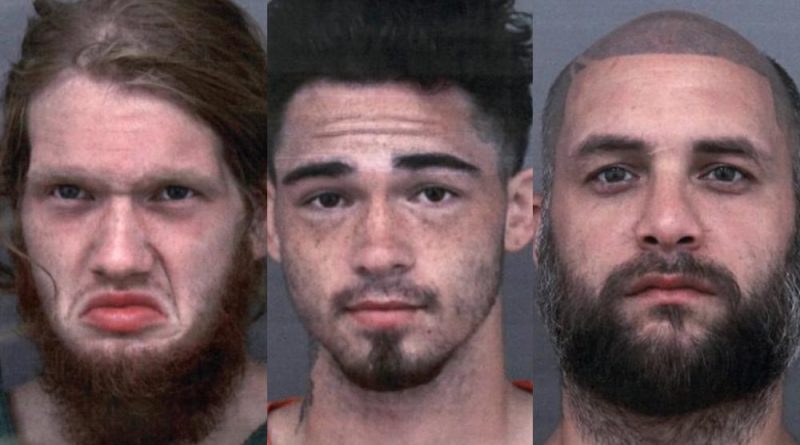 A teenager, his boyfriend, his mother and her girlfriend were slain when a Grindr hook-up slipped into chaos when three men tried to steal a gun from him in Texas, police claimed.

Jesse Pawlowski, 20, Billy Phillips, 37, and Dylan Welch, 21, have been charged with capital murder in the killings last week in New Summerfield, a small town of some 1,00 people southeast of Dallas, Cherokee County.

But fear ripped through the small community when the bodies of 18-year-old John Clinton, his partner Jeff Garla, 47, his 39-year-old mother, Ami Hickey and her partner Amanda Bain, 39, were found dead 20 July.

Clinton and Gerla, a college professor, had met Pawlowski through the dating app Grindr and entered a sexual relationship with them, Cherokee County Sheriff Brent Dickson said, AP reported.

According to affidavits by a state ranger, while at the couple’s home, he came to realise that they owned multiple firearms – so he, Phillips and Welch plotted to swipe them.

On 19 July, Pawlowski allegedly entered the property, he told cops, on the pretence of purchasing the couple’s $500 handgun to find the family there also. When Phillips and Welsh arrived, he and Clinton met them at the driveway, ranger Nicholas Castle wrote.

Moments later, Phillips grabbed the handgun and shot Clinton in the back of the head before firing the other three victims, Pawlowski claimed.

The three men then reportedly stole two shotguns from the residents and Pawlowski told investigators that he removed the key fob for Gerla’s car from Clinton’s pocket.

Phillips and Welsh both denied their involvement in the shooting and theft, the affidavit added, with Phillips claiming he urged Pawlowski to “get rid” of the stolen guns and car.

All men remain in the Cherokee County Jail on $1 million bonds each.

For those who knew the victims, the killings have left them deeply shaken as they scramble to keep the memories of their friends, their classmates, their colleagues, alive.

“He has a great sense of humour, he would always lighten any situation that we were a part of,” Gerla’s friend Kevin Fritze told 7KLTV. “He was that light in the room that everybody would turn to for that smile, that laugh.

“That’s what Jeff was all about, the good times. You can’t escape the negative realities of life that we have to deal with.

“Unfortunately, even horrible events like this, it happens, and what you do is remember the best things that you can.

“You concentrate on the positive memories, and you do that person a favour by making sure that those never disappear, you keep them alive.”