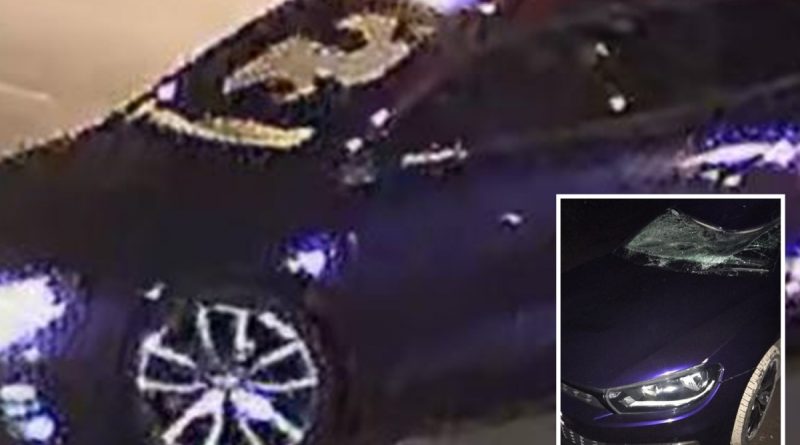 
A TEENAGER has died after he was hit by a suspected stolen getaway car in a horror hit-and-run crash.

Marcus Simmons-Allen, 18, from Altrincham was taken to hospital, “where he has since very sadly died,” say Greater Manchester Police.

The fatal crash in Trafford took place shortly after 9pm on Sunday October 10.

Officers were called to reports of a collision between a car and a pedestrian on George Richards Way in Broadheath.

“Emergency services attended and 18-year-old Marcus Simmons-Allen from Altrincham was taken to hospital, where he has since very sadly died,” GMP said on Tuesday.

It added: “The driver of the car – a purple Volkswagen Scirocco which is believed to be stolen – failed to stop at the scene.

“No arrests have yet been made.”

Sergeant Philip Shaw, of GMP’s serious collision investigation unit, said: “This was a tragic incident and our thoughts are very much with Marcus’s loved ones at this time.

“This is a fast-paced investigation and there are a number of lines of enquiry being explored.

“However, we need the help of the public to try and locate the driver of the vehicle that failed to stop at the scene of the collision.”

He added that photos of the “offending vehicle” have been publicly released to help the investigation.

Although “one was taken from CCTV, so is not the best quality, it may help jog people’s memories who may have seen this vehicle on Sunday evening.

“Somebody knows the identity of the person responsible and I appeal to these individuals and also the driver to come forward,” Shaw said.

We need the help of the public to try and locate the driver of the vehicle.

GMP “will look to prosecute any individuals who are involved in assisting, harbouring or in any other way, preventing this individual from being brought to justice,” he warned.

“If anyone does have information please speak to police as soon as possible as the smallest piece of information could be vital in helping us to complete our investigation,” the sergeant added.

Anyone with information should call the serious collision investigation unit on 0161 856 4741.