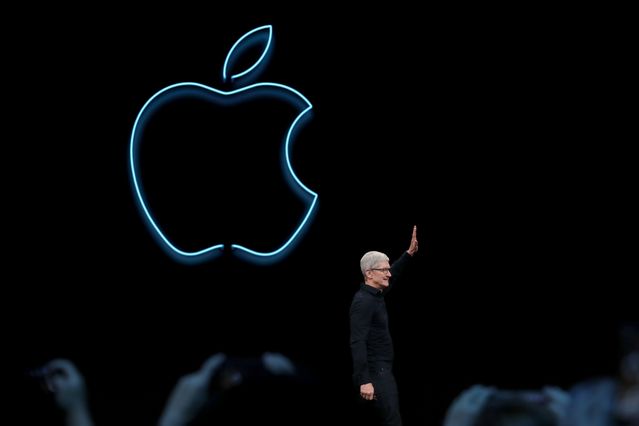 
Tech stocks are getting slammed yet again, for familiar reasons. Investors can blame worries about higher inflation, expectations of tighter monetary policy from the Federal Reserve, and—more recently—a serious spike in bond yields.


Nasdaq-100
futures, which track the largest constituents in the tech-heavy


Nasdaq Composite
index, indicated a 1.6% tumble at the open Tuesday. Familiar names like

Against a backdrop of historic inflation—the U.S. consumer-price index rose in December at the fastest annual rate since 1982—investors are getting concerned about just how early, and fast, the Fed will raise interest rates. Markets had priced in three rate increases in 2022—with the first in March—but noise is growing that more or bigger increases may be on the horizon.

This is all feeding into a significant spike in bond yields. The yield on the benchmark 10-year U.S. Treasury note is at its highest level since January 2020, touching 1.84% Tuesday before settling closer to 1.82%. It ended last week at 1.79%, and began the year at 1.53%.

None of this is good for stocks, especially tech stocks. The valuations of many high-growth technology companies bank on profits years into the future, and elevated yields tend to discount the present value of future cash. The steady rise in the 10-year yield since the beginning of the month maps to a decline for tech—the Nasdaq-100 is down nearly 6% over the same period.

“Clearly it has been a brutal start to 2022 for tech investors as the tightening Fed backdrop and rising rate environment have catalyzed a major selloff for the tech sector and is an ominous sign to kick off the year,” said Dan Ives, an analyst at broker and investment bank Wedbush, in a note Tuesday. “Many tech stocks are down 15%+ with some high multiple names down 35%-40% to start the year.”

Yet Ives, who is among the most bullish of the tech bulls, remains so.

“The key debate on the Street is if high multiple tech stocks can still move higher in a more hawkish Fed backdrop,” he said. “The answer is yes.”

Ives outlined last week that he believes the coming earnings season will be crucial for the sector, with Wall Street needing to see upbeat 2022 guidance to get back behind tech. He doubled down on that message Tuesday.

“We view this as the most important upcoming earnings season for tech stocks in many years to turn the tide and derail the negative sentiment,” Ives said.

Wedbush expects very high growth rates, that may be revealed in financial results, will help justify tech valuations, with some $1 trillion in corporate spending planned for cloud software adding another boost.

“The underlying growth for the tech space is being underestimated by the Street and will thus neutralize some of these perceived Fed tightening headwinds,” the analyst said.

Microsoft
,
with Tesla as well as

(LICY) being the preferred names in electric vehicles.

(TENB)—which were both added to Wedbush’s “best ideas list” Tuesday.