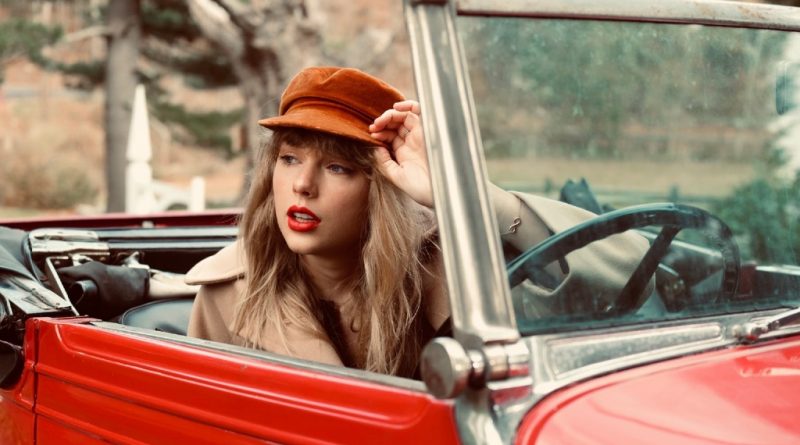 Taylor Swift has finally given the world the 10-minute version of All Too Well. (Twitter)

Taylor Swift has finally released her much-fabled 10-minute version of “All Too Well”, and it will leave you sobbing in bed desperately clinging on to your last morsel of hope that love still exists.

When Swift released Red in 2012, fans quickly latched on to “All Too Well” as a break-up anthem for the ages. In the years since, it has proven one of the most enduring songs of Swift’s career.

When Taylor Swift first released Red, she made the mistake of admitting that “All Too Well” was originally 10 minutes long. “It started out being probably, like, a 10-minute song, which you can’t put on an album,” she said. “It took me a really long time to get to its final form.”

Well, we’re now firmly in the era of 10-minute songs (thanks Lana Del Rey) – so it seems like a fitting time for Swift to finally give fans what they’ve been pleading with her to release for almost a decade.

We’re happy to report that the wait was entirely worth it. The full, uncut version of “All Too Well” is the angrier, unfiltered sibling to the original song that gives us entire new verses to cry along to after we’ve had one too many glasses of wine.

The 10-minute version of “All Too Well” starts off similar to the original, bar some differences in production. The song trundles along beautifully until the second verse, which unexpectedly sees Swift singing about her former lover (widely thought to be Jake Gyllenhaal) tossing her the car keys and proclaiming: “F**k the patriarchy.”

“Check the pulse and come back swearing it’s the same / After three months in the grave / And then you wondered where it went to as I reached for you / But all I felt was shame and you held my lifeless frame,” an emotionally devastated-sounding Swift sings on her expanded version of “All Too Well”.

As if that wasn’t enough, Swift goes on to sing about feeling like she’s “in a new hell every time you double-cross my mind”. In one particularly striking lyric, she sings: “You said if we had been closer in age maybe it would have been fine.”

The expanded version of “All Too Well” also sees Swift singing about crying in a bathroom with “some actress asking me what happened” – but possibly the most heartbreaking new line is a lyric about her dad.

“You who charmed my dad with self-effacing jokes / Sipping coffee like you’re on a late night show / But then he watched me watch the front door all night, willing you to come / And he said, ‘It’s supposed to be fun turning 21.’” If you’re not crying already, there’s plenty more to latch on to here.

Swift goes on to question her old flame’s habit of dating much younger women (“And I was never good at telling jokes but the punch line goes / I’ll get older but your lovers stay my age”) and sings that she left the relationship as “a soldier who’s returning half her weight”.

The song closes out with an extended outro that’s sure to leave you staring at the ceiling wondering what the point of love is and whether you should just stay in your apartment for the rest of time. Yes, we’re being dramatic, but the 10-minute version of “All Too Well” is all about drama.

Naturally, fans’ joy at finally having the full version of “All Too Well” quickly turned to misery and heartbreak as soon as they listened to the song and realised they would never emotionally recover.

About to go into the 10 minutes of All Too Well #redtaylorsversion pic.twitter.com/fn7B31JwJP

I don’t even realize it’s ten minutes long….. All I know is just I was there…. Remembering it all too well….#RedTaylorsVersion pic.twitter.com/Cu4wkzjP9N

are u ok babe you’ve barely touched ur any other song but all too well 10 minute version specifically verse 3 pic.twitter.com/K6WMe54vIX

I JUST PRESSED PLAY ON THE ALL TOO WELL 10 MINUTE VERSION pic.twitter.com/QXQa0GtcpB

all too well 10m version didn’t feel like 10 minutes at all for me. the production, the structure of the song, her vocals, lyrics… everyhting is perfect. i need WEEKS to recover from this #RedTaylorsVersion

It’s not just fans who are overwhelmed – critics are also in love with the extended version of “All Too Well”. Writing in The Guardian, Laura Snapes notes that Swift took quite the risk when she decided to tinker with a song “generally considered the Swift ur-text, one that eviscerates her slick ex in a series of ever-more climactic verses”.

The gamble paid off, as far as Snapes is concerned. She doesn’t think the “f**k the patriarchy” lyric works, but that’s “the only stumble”.

“The other new verses double down on melodrama mixed with piercing observations of the emotional vampire who stood her up on her 21st birthday,” Snapes writes. The song, Snapes says, is a “supreme public flogging”, with the extended verses acting as “a form of life support, keeping the affair alive to finally understand exactly how its blood used to beat”.

Rolling Stone, meanwhile, gave Taylor Swift’s version of Red a five star review – and said the 10-minute version of “All Too Well” is “even better than we were all hoping”.

“Taylor Swift takes her own masterpiece, tears it all up, breaks it like a promise, shreds her tapestry, and rebuilds it into a new heartbreak epic, twice as long and twice as mad.

“Yes, you just earn Taylor sing the words ‘f**k the patriarchy.’ Yes, you just heard extra verses about this guy meeting her dad and skipping her 21st birthday party. Yes, her greatest song just got greater. No, you’re not fine at all.”

Swift took quite the gamble when she unleashed the full version of “All Too Well” on the world – fans could have hated it and it could have quickly been consigned to the dustbin of history. It’s hard to improve a classic, after all.

But it seems as though she’s managed the impossible. Almost a decade after its release, Taylor Swift has managed to cement “All Too Well”‘s status as one of the great achievements of her remarkable career.

One thing is clear: people are going to be listening to “All Too Well” for a long time to come, whether it’s the polished original or the cutthroat extended version that tears her ex to shreds.