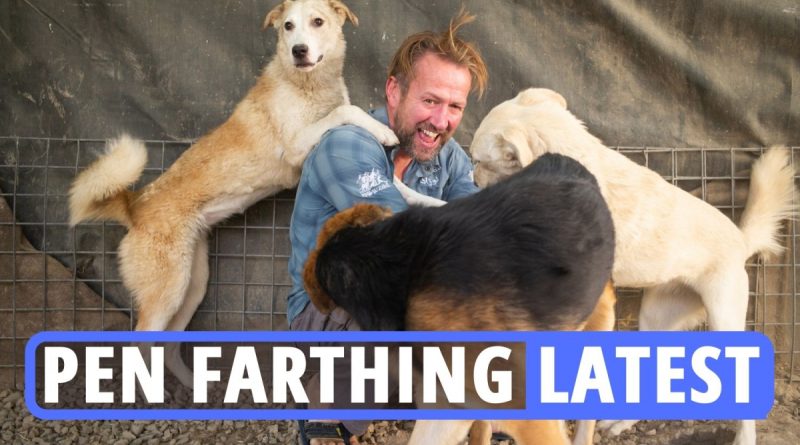 Footage shows coffins were seen draped with the US, UK and French flag as well as Nato’s insignia as they were paraded through the streets of Khost by crowds flying the Taliban’s flag.

Gloating Taliban fighters were also pictured posing for snaps in abandoned fighter jets as satellite shots show the aircraft treasure trove left behind by the US in Kabul who earlier withdrew its last forces from the airport.

The grinning jihadis sat in the cockpits of gunships and rode on the bonnets of US Air Force Humvees as they strutted about the airport hours after Joe Biden’s troops finally left Afghanistan.

Taliban Badri special force fighters were pictured training on the grounds of Kabul airport while other jihadis rummaged through hangars full of discarded kit and abandoned helicopters.

In one picture, a fighter is seen taking pictures of the damaged Chinook choppers left behind, while others explore the inside of a US Air Force plane.

According to reports, the US is likely to have abandoned millions of dollars worth of military gear in the rush to leave Kabul.

It comes as the Taliban’s spokesman said the West’s retreat from Afghanistan should serve as a “lesson for the world”.