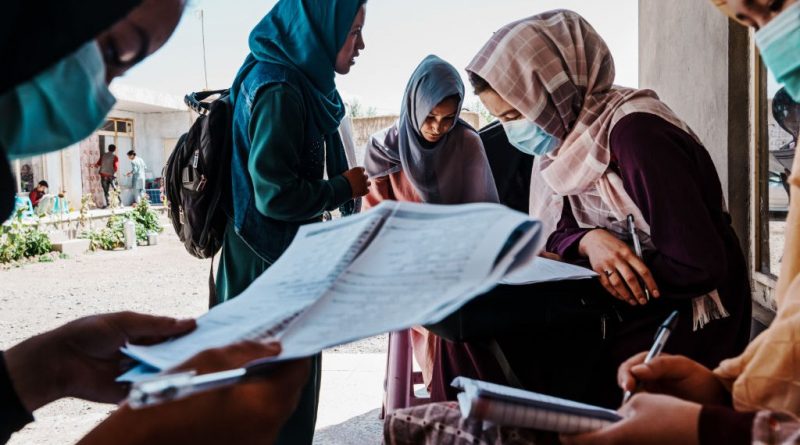 
The Taliban announced on Tuesday the closure of universities to women in Afghanistan, in the latest attack on women’s rights in the country.

“This is a nightmare for women in Afghanistan,” Naheed Farid, an Afghanistan parliamentarian in-exile who is now a professional specialist at Princeton University, tells TIME.

Ziaullah Hasmi, the spokesman for the Ministry of Higher Education, issued a letter on Tuesday to public and private universities to implement the ban as soon as possible, according to the Associated Press, which confirmed the contents of the letter.

According to Bloomberg, female students on Wednesday morning have already been turned away from schools at gunpoint.

How does this affect women’s rights in Afghanistan?

This latest restriction comes despite earlier vows from the Taliban that it would respect womens’ rights. Instead, since the extremist group returned to power after the U.S.’s botched military withdrawal from Afghanistan last year, women have been banned from public places like parks and mandated to cover their bodies from head-to-toe in public. Womens’ employment has been restricted, and girls have been banned from middle school and high school. Teenage girls have been out of school for more than 450 days, according to the rights group Human Rights Watch.

“The Taliban are trying to eradicate and erase women from all spheres of life,” says Farid, who recalls being in middle school in the 1990s when the Taliban first came to power and announced it wouldn’t let women study. “I remember thinking, ‘I am the most hopeless and helpless person in the world.’”

Yalda Royan, a founding member of the Afghan Women’s Advocacy Group, who fled Kabul during the 2021 Taliban takeover, says that in the short-term she expects the decision to result in an increase in domestic violence, forced marriages and suicide.

In the longer term, Royan believes cutting women out of Afghanistan’s economy will “be very costly for Afghanistan.” A United Nations Development Programme report from December 2021 found that the Taliban’s restrictions on women working could cost the Afghan economy up to $1 billion, about 5% of its GDP.

“No country can thrive when half of its population is held back,” U.S. Secretary of State Antony Blinken said in a statement on Tuesday.

How has the international community responded?

The international community has been quick to condemn the decision. U.N. Secretary-General Antonio Guterres called the decision a “very troubling” move and another “broken promise” from the Taliban.

Blinken’s statement added that the U.S. “condemns in the strongest terms the Taliban’s indefensible decision to ban women from universities, keep secondary schools closed to girls, and continue to impose other restrictions on the ability of women and girls in Afghanistan to exercise their human rights and fundamental freedoms.”

“The Taliban cannot expect to be a legitimate member of the international community until they respect the rights of all in Afghanistan,” the statement added. “This decision will come with consequences for the Taliban.”

Some women’s rights activists say that they want to see even more punitive measures put in place. Royan says that further sanctions, refusing to engage or meet with the Taliban, or possibly even military intervention could be considered. She adds that humanitarian aid may be fueling the Taliban. “Nothing is changing,” she says, “and it’s getting darker for women in Afghanistan every day.”

Farid agrees that more needs to be done. “It’s time for the international community to stop just making statements, issuing resolutions, they are for the most part symbolic gestures,” she says. “We need the world to push the Taliban into the corner and let them know there is zero tolerance.”