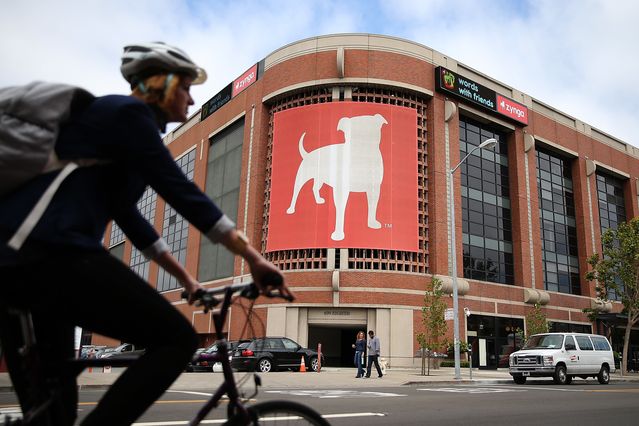 announced it would acquire the mobile game developer in a cash-and-stock deal with an enterprise value of $12.7 billion. The deal looks like a bargain, according to at least one analyst, though Wall Street traders may beg to differ.

Under the terms of the deal, Zynga stockholders will receive $3.50 in cash and $6.36 in stock when the transaction closes, for a total of $9.86 per Zynga share. The purchase price is a premium of 64% to Zynga’s closing price on Jan. 7.

Take-Two CEO Strauss Zelnick will remain CEO of the combined company, while Zynga’s management team will oversee the strategic direction for the company’s mobile efforts. Zynga will retain two new board seats, expanding the current board to 10 members.

The acquisition “significantly diversifies [Take-Two’s] business and establishes our leadership position in mobile, the fastest growing segment of the interactive entertainment industry,” Zelnick said in the news release.

Wedbush analyst Michael Pachter says the deal price looks like a bargain for Take-Two, noting he has a $12 target on Zynga stock.

“I think they know that, and think Zynga guys are excited about the opportunity to gain access to various Take-Two franchises,” Pachter wrote in an email. “Take-Two goes from 10% mobile to over 50%, making them a more steady grower than they were before with an unclear release schedule for their large games. I think it’s a great fit.”

The analyst believes Take-Two stock’s drop had more to do with the gap between the deal price and what the market recently priced Zynga at, noting that Take-Two investors are paying the difference.

“I’m not sure that is fair, but I think that is what is happening,” Pachter added.

Raymond James analyst Andrew Marok wrote in a note Monday that the deal would make Take-Two a major mobile player. “Mobile remains the largest and fastest-growing platform in gaming, and this deal shows exactly how serious TTWO is in addressing it,” Marok wrote.

The mobile gaming segment is expected to grow by 8% annually over the next three years. Take-Two predicts that mobile will comprise more than 50% of its net bookings in fiscal 2023, compared with 12% in 2022.

The acquisition is expected to add $100 million in annual cost synergies within the first two years after closing, and at least $500 million of annual net bookings opportunities over time, the companies said. These booking opportunities include creating new mobile games through the addition of Zynga’s intellectual property and mobile developers, optimizing live gaming experiences, and expanding Zynga’s advertising platform and geographic expansion across Asia.

The combined company could deliver a 14% annual growth rate for net bookings through 2024, and $6.1 billion in net bookings for the trailing one-year period ended Sept. 30, 2021.

Take-Two is financing the acquisition through a combination of cash from its balance sheet, a $2.7 billion loan from JPMorgan Chase, and the issuance of new debt. The deal is expected to be completed during the first quarter of Take-Two’s fiscal year ending June 30, 2022.

Zynga stockholders will receive $3.50 in cash and $6.36 in stock when the transaction closes. An earlier version of this article incorrectly said that they would receive $8.50 in cash.

Write to Sabrina Escobar at sabrina.escobar@barrons.com and Connor Smith at connor.smith@barrons.com