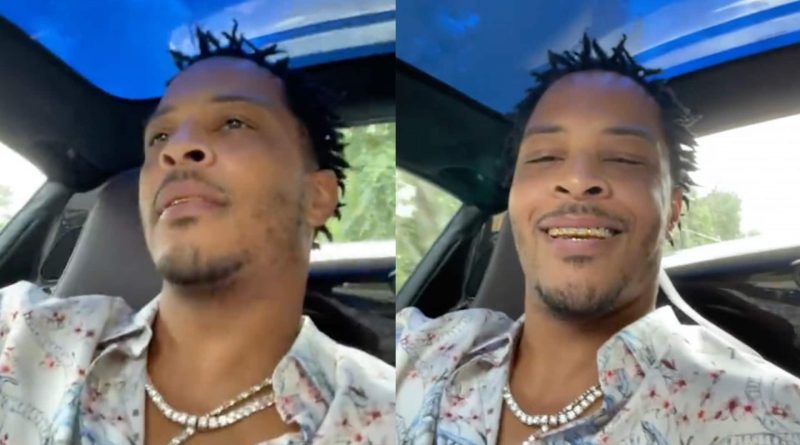 T.I. has compared DaBaby’s offensive comments about gay people and HIV to Lil Nas X proudly living his truth in his music career.

DaBaby has faced resounding criticism over his performance at the Rolling Loud Festival on Sunday (25 July), where he made incendiary remarks about gay people and HIV.

In a video shared on Instagram, T.I – who was recently forced to deny sexual abuse allegations – drew parallels between DaBaby’s inaccurate comments about HIV and Lil Nas X exploring his sexuality through his music, suggesting that both are examples of artists living their truth.

T.I. commented on a widely-shared clip of DaBaby suggesting that people who contract HIV die within two to three weeks, writing: “If Lil Nas X can kick his s**t in peace… so should DaBaby.”

“So I guess you know social media’s full of confusion, words are often misconstrued,” T.I. said in the video, which was recorded while he was driving.

“And to be honest with you, if homosexuals have more rights than heterosexual people, just say that. Let’s let that be the law. Is that the law?

“I feel like I respect gays, especially the ones who have the courage and the bravery to step out and live in their truth, you know what I mean? I respect that.

“Any human being walking this earth who has the bravery and the courage to live their truth unapologetically, I respect that. I respect it the same way if you are a heterosexual person, so I don’t even see what all the hoopla about.”

T.I. said nothing could make him hate another person for what they do in the bedroom, adding that he has “a lot of respect” for Lil Nas X and Frank Ocean for “living their truth”.

He continued: “For instance, the Lil Nas X s**t, the performances and the videos. Man, I got a lot of respect for bro because he had the courage to live his truth.

T.I. went on to say he feels the same way about the music video for “WAP”, although he said he enjoyed that “a little bit better” than Lil Nas X’s material.

He added that he wouldn’t want his children to watch Lil Nas X music videos or listen to “WAP”.

He added: “It ain’t got to be no hate, it’s all honesty, everybody living in their truth, and if you can live in your truth and be honest with yourself and present yourself to the world as you are, man, I gotta respect that – period.”

“If you didn’t show up today with HIV, AIDS, any of them deadly sexually transmitted diseases that’ll make you die in two, three weeks, then put your cellphone light up,” DaBaby told the crowd at the Rolling Loud Festival.

DaBaby addressed the backlash on his Instagram Stories on Monday (26 July) – but somehow, he only managed to make things even worse.

“All the lights went up, gay or straight, you want to know why? Cause even my gay fans don’t get f**king AIDS, stupid ass n****s. They don’t got AIDS, my gay fans, they take care of themselves, they ain’t no nasty gay n****s, they ain’t no junkees.”

He also tried to explain his comments about gay people performing oral sex in parking lots, claiming his queer fans wouldn’t do such a thing because they have “class”.