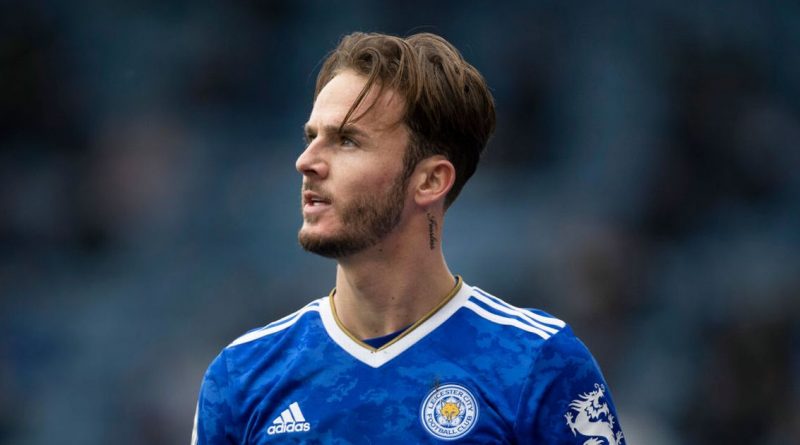 
With less than two weeks to go before the new Premier League season, Arsenal boss Mikel Arteta will be looking to bolster his squad in the coming weeks

Arsenal have spent big so far in the summer transfer window, splashing out £75million on Brighton defender Ben White.

Last month, Mikel Arteta also brought in Albert Lokonga for £15million from Anderlecht as well as Nuno Tavares from Benfica.

But the Arsenal boss doesn’t look like he is done yet, with more additions expected to follow in the coming weeks.

However, a number of players have also left north London this summer.

Uruguayan midfielder Lucas Torreira is expected to follow Matteo Guendouzi out of the exit door for good.

According to Football London, the deal would include a player-plus cash for the Foxes midfielder.

On Tuesday, Leicester manager Brendan Rodgers insisted the Foxes are not in a financial position whereby they would be forced to sell their best players.

“In conversations with the club, we don’t have to sell. That’s something that’s been made clear,” said Rodgers.

“The players want to stay. It’s a really exciting time at the club. There’s lots of gossip and speculation around but I’m loving working with the guys here, they love being here, and we certainly have no need to sell.

“So I would suspect we’re looking to keep our best players.”

It is not yet clear which player would be involved in the transfer; however, the Foxes have previously shown interest in Arsenal midfielder Ainsley Maitland-Niles.

Gunners competing with Liverpool and Barcelona for Sanches

Should Arsenal spend big on Maddison this summer? Have your say here.

According to TuttoMercato, Arsenal are keen to bring the Portuguese midfielder to north London.

The former Benfica and Bayern Munich man was deemed a flop following his unconvincing loan spell at Swansea during the 2017-18 season.

However, the box-to-box midfielder has turned his form his around and helped Lille to the Ligue 1 title last season.

The Gunners will face competition from Premier League rivals Liverpool to sign Sanches from the French club.

Barcelona are also rumoured to be interested, according to Football Espana.

Arsenal battling Everton for US star

The Gunners are also keen acquiring the services of Schalke forward Matthew Hoppe, according to the Daily Star.

Hoppe was one of the standout performers for the USA in their triumphant Gold Cup campaign.

However, Premier League rivals Everton are also hoping to land the 20-year-old.

The American has two years left on his contract but would reportedly cost just £4million, with Schalke needing to offload players in order to ease crippling financial debts.

Hoppe only broke into the Schalke team in January and quickly announced himself by scoring a hat-trick in a 4-0 win over Hoffenheim, to end Schalke’s 30 game winless streak.