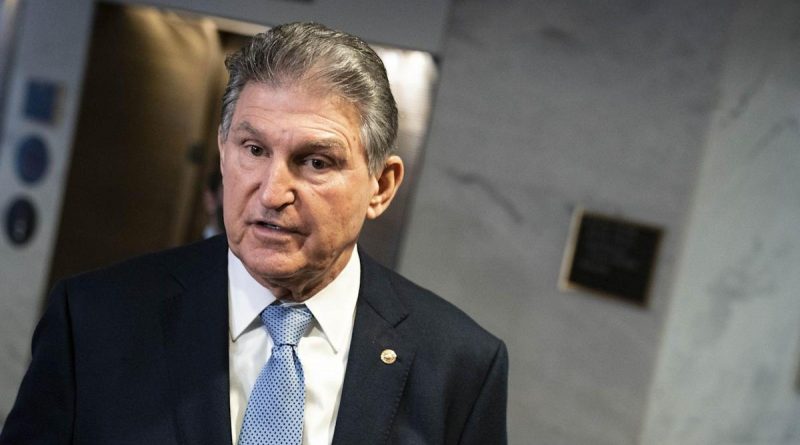 
(Bloomberg) — An exceptional year for wealthy Americans, at least in terms of their financial health, just got better.

If West Virginia Senator Joe Manchin votes against President Joe Biden’s signature economic package, as he said he would on Sunday, rich Americans will escape any tax hikes, saving the top 0.1% hundreds of billions of dollars over the next decade.

“To say my clients were celebrating is the wrong word to use,” said Steven Winter, a partner at BDO who primarily advises hedge funds and private equity firms. “It was a sigh of relief.”

Democrats had designed a $1.75 trillion bill aimed at narrowing the widening wealth gap by enhancing tax credits for children and low-income adults while raising revenue from the wealthy and corporations. The latest bill’s three most expensive items for the super-wealthy, including a surtax on incomes above $10 million, would raise more than $640 billion over the next decade, according to the Joint Committee on Taxation.

Though many of Democrats’ more radical tax proposals were scaled back or dropped in negotiations, the bill would be “a meaningful step for reducing inequality,” said Carl Davis, research director at the left-leaning Institute on Taxation and Economic Policy. An analysis by the group estimated the plan’s changes to the child tax credit and earned income tax credit would boost incomes of the poorest fifth of Americans by more than 10%.

Without passing the bill, known as Build Back Better, Biden is unlikely to achieve his often-stated goal of leveling the economic playing field between the wealthy and everyone else. “We’re going to reward work, not just wealth,” he told Congress when he unveiled the package in April. “I think you should be able to become a billionaire and a millionaire, but pay your fair share.”

Republicans, who uniformly oppose Biden’s bill, were gleeful that it might fail. “The single biggest Christmas present Washington Democrats could give to the American people is to kill their reckless taxing and spending spree,” Senate GOP leader Mitch McConnell said in a tweet.

The pandemic has accelerated inequality, with the top 1% now controlling more than 32% of U.S. wealth, the highest since at least the late 1980s according to Federal Reserve estimates. While their share is up 2.4 points since the start of 2020, the portion of wealth held by the middle class, the 50th to 99th percentiles, has dipped.

One bright spot is that pandemic relief has helped the poorest half of U.S. households boost their savings a bit. The bottom 50% of Americans now hold 2.5% of U.S. wealth, up 0.7 points since the start of 2020 and the highest share since 2004.

Meanwhile, the very richest Americans have reaped massive windfalls. The net worths of Americans on the Bloomberg Billionaires Index, a daily ranking of the world’s 500 richest people, have surged 45% since the beginning of last year. The 169 U.S. billionaires on the list are now worth $3.5 trillion, more than the bottom half of Americans combined.

Against this backdrop, the wealthy were prepared for the worst from Biden and Democrats. But lawmakers were forced to drop proposals to almost double the top rate on capital gains, close loopholes like the carried interest rules benefiting private equity managers, and make it harder to pass large amounts of wealth to heirs tax-free.

“Much of what gave alarm to high-net-worth individuals was already out” of the latest versions of the bill, said Bill Smith, managing director of CBIZ MHM’s national tax office. “Most of the concern had already withered.”

Advisers to the wealthy aren’t resting easy, however. Many, including BDO’s Winter, suspect Democrats might eventually reach a deal on a pared-back package. With so much uncertainty, he said, “it makes it literally impossible to take any pre-emptive steps” to avoid taxes and be sure they’ll work.

Still, rich Americans have been in a hurry to complete transactions before the end of the year, trying to lock in the current rates and enjoy loopholes while they still can. U.S. billionaires, for example, were selling stock at more than twice the rate as last year, ensuring those sales weren’t subject to the proposed surtax, a 5% levy on incomes over $10 million and an additional 3% tax on those above $25 million, slated to go into effect in 2022.

Also threatened by Manchin’s announcement are plans for a significant funding increase for the Internal Revenue Service. The agency’s rate of auditing the wealthy has plunged due to budget cuts, a trend “that sends a message to people that they can do as they please with very little risk of consequences,” said Jay Soled, a Rutgers University professor and tax attorney.

Despite the latest roadblocks to the bill, advisers said many of their clients are still rushing to finish things off by the end of the year, just in case. And there may even be new opportunities to pass on wealth to heirs.

With the bill delayed until at least next year, Lathrop GPM partner Marya Robben said clients are “ready to move” on setting up grantor-retained annuity trusts, or GRATs. Such vehicles get around the estate and gift tax by letting heirs profit from the appreciation in assets they don’t own. Recent market declines and the prospect of higher interest rates make GRATs a more attractive strategy, she said.

Provisions to shut down the GRAT loophole weren’t included in the latest version of the bill.

Manchin’s opposition is most significant for those who “were hesitant” or running late on taking steps to transfer wealth to heirs, said Laura Zwicker, chair of the private client services group at Los Angeles law firm Greenberg Glusker.

“Senator Manchin’s announcement makes it likely that clients will not want to rush into planning in 2021 and to take a bit more time to think about their transactions,” she said.

If Democrats can’t strike a deal soon, it could be several years before they have any chance of changing tax rules, said Rutgers’ Soled.

“Embedded in the code there are provisions where people are not paying their fair share,” he said. “These are systemic issues that are exacerbating inequality.”