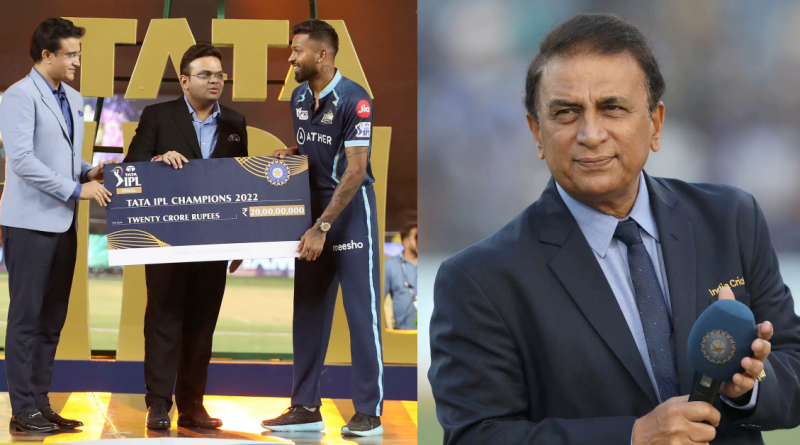 
Sunil Gavaskar, the former India captain, admitted that he did not expect the value of Indian Premier League media rights to reach the extraordinary levels seen at the ongoing auction in Mumbai. On Day 2 of the auction in Mumbai on Monday, June 13, the BCCI is likely to make at least Rs 45,000 crore as the rights for TV and internet broadcasting for just the Indian subcontinent reached Rs 44,070 crore.

Gavaskar told India Today on Tuesday that the value of IPL media rights only demonstrates the T20 league’s appeal and that fans will continue to receive a high-quality broadcast experience.

15 Years Ago I Did Not Anticipate This To Be So Big: Sunil Gavaskar

The BCCI was assured of Rs 44,070 crore from the auction of Packages A and B — TV and digital broadcast rights across the Indian subcontinent for a 5-year period from 2023 to 2027 — on Monday for 410 matches.

While there is still some debate over TV rights, Viacom appears to be the frontrunner to secure digital rights.

“I never thought that after the first year that the IPL started that these would be the numbers that they would be reaching after 15 years,” Gavaskar, who had served as BCCI President (IPL Affairs) in 2014, quoted India Today.

This is absolutely terrific and congratulations to everybody concerned. You are looking at the quality of the coverage. Because the numbers have always been good, the viewers loved it,” he added.

“But this number today, which we have got is mind-boggling. I just want to congratulate the BCCi, the TV executives. They will make sure that the viewer will get a big bang for the buck.”

Package C – a set of 18 non-exclusive matches per season – and Package D – international TV and digital rights – pushed the media rights auction into its third day. On Tuesday, June 14, the auction will restart.

Star India, Sony, Reliance-Viacom JV, Zee, Supersport, and Sky Sports were among the broadcast industry’s top names in the competition for the IPL media rights.

Also Read: IND vs IRE: NCA Coaches To Be Part Of The Coaching Staff, To Be Led By VVS Laxman