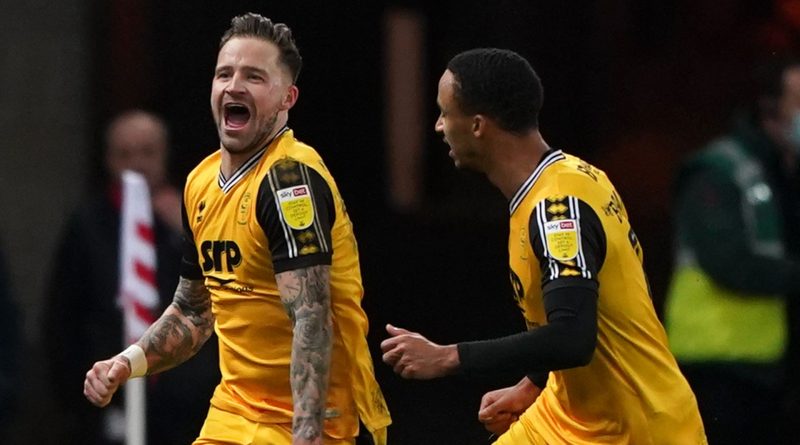 Chris Maguire celebrated a memorable return to the Stadium of Light as his hat-trick enabled Lincoln to beat 10-man Sunderland 3-1.

Maguire swapped the Stadium of Light for Sincil Bank last summer, and his treble in his first game back on Wearside enabled Lincoln to record back-to-back victories in Sky Bet League One for the first time this season.

Maguire made 135 senior appearances for Sunderland, and having been deemed surplus to requirements when he was not offered a new contract last summer, the Scottish striker clearly felt he had a point to prove.

He might have been sent off after just 10 minutes when he was booked for a lunge at Carl Winchester, and made the most of his let-off as he opened the scoring after 31 minutes.

Hakeeb Adelakun’s shot was blocked by Tom Flanagan, but the ball rebounded to Maguire, who lashed a driven half-volley past Anthony Patterson’s right hand before celebrating in front of Sunderland head coach Lee Johnson.

Maguire added a second goal in the 57th minute, driving home from the penalty spot after Winchester had bundled him over in the area. As the last defender, Winchester received a straight red card for a professional foul.

Despite being down to 10 men, Sunderland gave themselves a lifeline when Ross Stewart stabbed home the rebound in the 68th minute after his penalty had been saved by Josh Griffiths.

However, Maguire had the last word as he completed his hat-trick with 15 minutes left. Racing onto a long ball in the right of the area, the striker lofted a brilliant chip over the advancing Patterson.

Sunderland head coach Johnson ended the game in the stands, having received a red card after a fracas involving a number of players on the touchline.