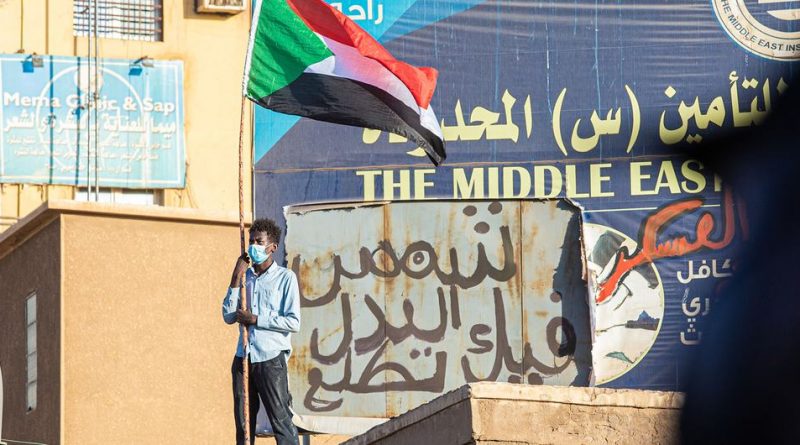 To break the country’s cycle of turmoil, they also called for an independent accountability and transitional justice mechanism with a mandate to address human rights violations committed during protests.

This would also involve a focus on the gendered nature of the violence, and the provision of suitable reparations to victims.

“Over the past year, we have received continued reports of protestors being killed, forcibly disappeared, injured, tortured and subjected to sexual and gender-based violence”, the experts said in a statement.

“Prosecuting perpetrators, including high-level commanders responsible for these violations is critical to ensuring Sudan’s sustainable transition to a credible democratic civilian government”.

The experts called for an “effective and adequately resourced independent accountability mechanism which is victim-centred”, that would address the reported grave violations in relation since the military coup.

They said measures needed to be taken to conclude investigations by the previously established national commission of inquiry, and to bring justice for victims of unresolved serious crimes committed during the historic 2019 protests, which led to the downfall of long-time leader Omar al-Bashir.

“If these atrocities are not addressed, if victims are once again denied justice and reparations, and if the voices of protesters are not heard, Sudan’s cycle of political turmoil and brutal repression will continue, and the humanitarian crisis will deepen,” they said.

UN experts have repeatedly raised the alarm about reports of unlawful and excessive use of force and arrests. The unlawful tactics had left at least 117 protesters killed, said rights office OHCHR, and an estimated 7,700 protesters, including thousands of children, seriously injured, based on documented cases by Sudanese medics.

The majority of the injuries were caused by the use of firearms or tear gas canisters.

“We are very concerned that, as a result, some of the injured protesters sustained permanent or long-lasting paralysis, limb amputations, loss of eyesight and eye removals. There are alarming indications that many of those killed and injured in the context of the protests were victims of targeted attacks,” the independent experts said.

They raised serious concerns that hundreds were arrested, including women and children, for exercising their right to peaceful assembly, and without due process.

“Many of the detained have reportedly been subjected to torture and ill-treatment in custody, while some were forcibly disappeared or secretly detained. These cases must be thoroughly and independently investigated and the authorities must immediately disclose the fate and whereabouts of the missing protesters,” the experts said.

There are also reports of women having been subjected to sexual and gender-based violence, including abuse and gang rape, at sites within the proximity of protests or while in detention, the experts said.

These violations were committed under protracted emergency measures, giving extended powers and immunity from prosecution to the security forces.

“The lack of accountability for alleged crimes has a chilling effect on the people’s right to freedom of peaceful assembly and participation in public affairs”, experts said.

The Sudanese authorities have an obligation to end impunity and provide remedy to victims and, as relevant, to their families, the experts said, urging the international community to ensure that accountability was central to ongoing political talks and the transition process in the country.

They urged authorities to show restraint and refrain from the use of excessive force in response to any ongoing anti-coup protests.

Special Rapporteurs are appointed by the Geneva-based UN Human Rights Council to examine and report back on a specific human rights theme or a country situation. The positions are honorary and the experts are not paid for their work.