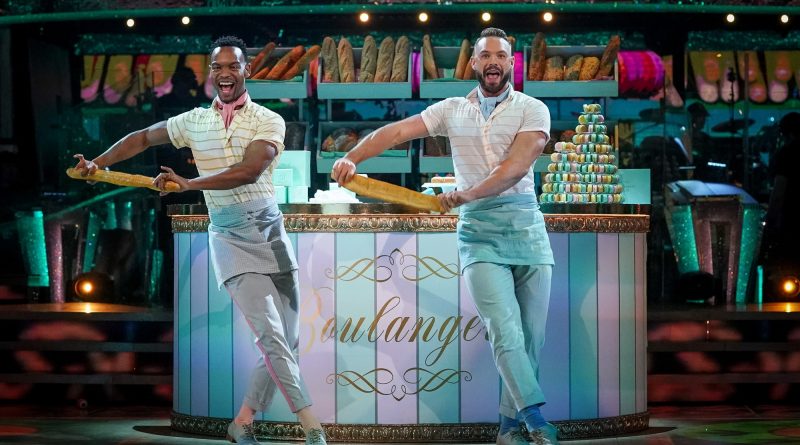 
Strictly Come Dancing hunk John Whaite wanted to be paired with a straight male dancer partner for his historic turn on the show to help ease his “anxieties”.

Fronting the December issue of Attitude magazine, the Great British Bake Off star said his fear of online abuse drove him to beg the producers to pair him with a straight guy.

The baker, 32, also explained how he “battles every single day” with bulimia, an eating disorder that once made him want to wither away.

“As soon as I found out [about being on the show], I felt a little bit anxious,” Whaite told the British queer magazine.

“But I was expecting to get a lot of hate, like [people] sliding into the DMs and saying, ‘You’re disgusting’, and that kind of thing.”

Whaite pleaded Strictly producers to set him up with a straight male professional dancer instead of a queer one as he felt it was “the only way it would be accepted”.

But just a month before the celebs were to be partnered, “I [thought], actually, I want it to be [Johannes Radebe]; it has to be Johannes… it would be wrong for it to be anyone but Johannes.”

For Whaite, however, earning the first 39 points of the series and easily becoming the bookie’s favourites doesn’t make him or Radebe a hero.

“We’re getting to do what we love to do, at the same time as representing for our people.

“I think we’re lucky more than anything, especially, like you say, when people are being persecuted because they’re gay.”

Growing up on a farm in Wrightington, West Lancashire, Whaite said he was surrounded by weight loss products and programs. He came to realise over time that he lives with disordered eating and whether it’s the dance floor of the kitchen, it’s something he battles against every day.

“I am bulimic,” he said of the eating disorder characterised by binge eating and purging, “I still struggle with that. I go through moments where it doesn’t affect me.

“I went through a phase of wanting to shrink away, be discreet and small, whereas now I’ve realised I’m six foot two and I’m nearing 16 stone and that’s amazing.

“I always say that I used to shrink away from the world, but now I want to take up my space in the world because I deserve to take up that space.

“I feel like I’m in a place where I’m in control.”