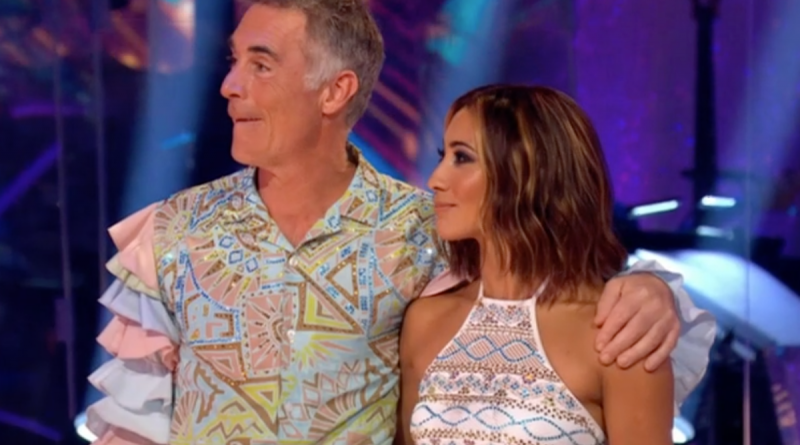 
STRICTLY fans were left devastated this evening as contestant Greg Wise became the fourth star to leave the show.

Nina Wadia and Katie McGlynn were both voted out of the competition, with Robert Webb forced to quit earlier this week over his health.

Tonight Greg had to say his final farewells as he failed to impress over rival Judi Love.

It followed Greg’s “disappointing” Samba in a flamboyant shirt on Saturday night’s show as he danced to the Macarena.

When asked if he will keep dancing, hesitant Greg replied: “Erm, yes…”

“I’ve had an amazing time, I feel unbelievably privileged, so thank you all for having me.”

Craig said: “It looked like you had just come out of a double hip operation.”

Shocked Tess, 52, didn’t hold back on her opinion of his cruel comment, slamming him as “rude”.

Craig continued: “It was very clunky. Especially through the hip circles. Technically really quite bad actually.”

Trying to end on a positive note, Greg asked: “Did you like the shirt though?”

Tess added: “Once again you entertained us all, you were great so thank you.”

Craig went on to give Greg just three points, while Motsi and Shirley awarded him five, with Anton holding up the six paddle.