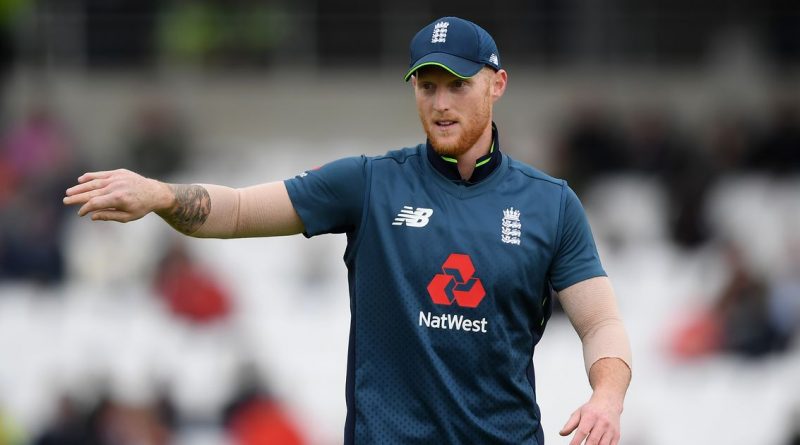 Ben Stokes could have just gone with the busted finger.

After an operation in April, his left index finger is still giving him trouble and the injury alone would have been a just cause to miss the Test series against India.

But in sport, how many times has a physical complaint, imagined or otherwise, been used to mask a mental struggle?

More than we would all care to imagine, I would guess.

Now, that is changing.

And Stokes is the latest athlete to take an important step on behalf of all those people – not just sportsmen and women – who might face a struggle with their mental wellbeing.

Typically, Stokes has stood up to be counted.

Ben Stokes will take an indefinite break from cricket

His withdrawal has not just highlighted a hugely important and broad issue, it has given cricket’s various authorities a jolt, a reminder that the schedule for international cricketers is simply ridiculous.

Television paymasters are demanding but it seems as though the game is on the go throughout the calendar.

And that has been particularly demanding during the pandemic when cricket – to keep us entertained through the misery of lockdown – has existed in a bubble.

It is hard to think of any other sport that keeps you away from your family for such extended periods.

If families are not allowed to join the squad in Australia for the Ashes, no-one could blame any player for not wanting to tour.

Covid has reaffirmed the truism that there are more important things than sport in life.

Through that incredible Ashes century at Headingley, through his World Cup heroics, Stokes has been seen as the ultimate, alpha male, sportsman.

Let’s face it, if you were asked to make a list of sportsmen and women who you thought might struggle with mental demands, then Stokes would not be on it.

But by taking this break to be with his young family and protect his mental wellbeing, Stokes has underlined a simple fact – that no-one is immune from this type of battle.

Not even, as Simone Biles highlighted in the first week of the Olympics, elite sportsmen and women.

But why does it matter that someone such as Biles or Stokes publicly admit their vulnerability and their struggle?

Why not just use the busted finger as cover?

The England star has had to deal with injury issues
(

Because Stokes, like so many of us, probably knows people who have not even admitted their mental struggle to themselves.

And like so many of us, he has probably seen how terribly that can end.

And those who rail against calling this sort of admission brave and courageous might have a semblance of a point.

But the reason why it is brave, why it is courageous, is that, sadly, so few people in the public eye have felt able to do it in the past.

Maybe now, they will.

Stokes has been an inspiration for a long time.

And now matter how long he is away from a cricket pitch, he still will be.

Finally, Marcus Rashford is going to have a shoulder operation, nine months after picking up the problem.

Let’s hope he is back as quickly as possible and back to his electrifying best. That is all that matters now.

But what took them so long?

There is a clue in the statement from the club.

“Following consultation between Marcus, the manager, club medical staff & specialists, Marcus will undergo surgery imminently to resolve his shoulder injury. He will now focus on his rehabilitation in order to return as soon as possible.”

How many people are needed to decide whether or not a medical issue should be resolved by an operation?

Maybe get a second professional opinion but that should be about it.

Manchester United and England fans should now be looking forward to seeing Rashford return to his prime form but you can’t help wonder if this could have been sorted a lot, lot earlier.

One of the big signings of the summer took place on Friday when Gary Lineker joined La Liga TV.

Hopefully, his presence will persuade a few more UK football fans to broaden their horizons and help end the casual, ill-informed dismissiveness of any competition that is not the Premier League.

You can count yourself unlucky to score a hat-trick and finish on the losing side but that is what happened to the prolific Ellen White in the Olympic quarter-final.

The turning point of the match was, undoubtedly, when Caroline Weir had a penalty saved with the scores at two apiece in the first half of extra-time.

Weir was obviously the designated taker but maybe the coach should have taken a gamble on the striker who cannot stop scoring.

Max Verstappen and Lewis Hamilton are embroiled in a fierce battle
(

Such has been the civilised nature of Formula One in recent times, you probably expected Lewis Hamilton and Max Verstappen to turn up in Budapest and draw a line under the crash at Silverstone and reiterate their respect for one another.

No such thing happened. Instead, Verstappen doubled down on his criticism of Hamilton and the champion shrugged it off.

Brilliant. For the first time in a long while, Formula One has a narrative that is utterly compelling, not just to petrol-heads but to anyone with passing interest in sporting combat.

Luke Campbell has called time on his career

Happy retirement to Luke Campbell, gold medal winner at London 2012 and as brave and determined a boxer as you could wish to see.

A world title eluded Campbell but he was only denied by hall of fame fighters.

In these days of Youtube ‘boxers’ earning millions by putting on gloves, Campbell is a reminder of what the game should be all about.

TWEET OF THE WEEK: @liamgallagher “BMX racing at the Olympics is blowing my mind.”

And what is blowing our minds is that Liam was up in the middle of the night, cheering on Bethany Shriever and Kye Whyte.

Oh, and that Liam has 3.5 million followers and follows … no-one. Too cool.