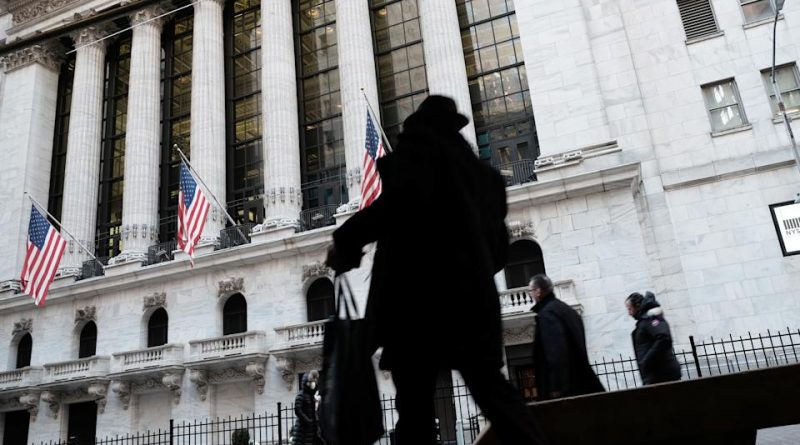 The Labor Department’s weekly jobless claims report showed an unexpected rise in first-time unemployment filings for last week, with these increasing to 230,000. Still, this remained near pre-pandemic levels, and continuing jobless claims improved to their lowest level since 1973. Meanwhile, the Bureau of Labor Statistics’ December producer price index (PPI) showed a 9.7% year-over-year increase in wholesale prices for the end of 2021, marking the biggest jump on record in data going back to 2010.

“Persistent high inflation rates together with the recent strong labor market data reinforce the hawkish narrative provided by the Fed,” Christian Scherrmann, DWS Group U.S. economist, said in an email. “Looking ahead, Omicron looks set to dictate the fate of the economy in January and maybe in February, but current indications on how the new variant plays out suggest that the Fed will remain on track to reduce its accommodative monetary policy, most likely as early as in March this year, by hiking rates for the first time since December 2018.”

Investors also continued to digest a red-hot print on inflation in consumer prices from earlier this week. This showed another decades-high rate of price increases, one day after Federal Reserve Chair Jerome Powell indicated in his renomination testimony that the central bank would intervene as needed to ease rising prices. The Bureau of Labor Statistics’ December Consumer Price Index (CPI) showed the cost of goods rose at a 7.0% year-over-year rate at the end of 2022 to mark the highest levels in four decades.

“I think the 7% print was largely priced in to the equity markets,” Comerica Wealth Management chief investment officer John Lynch told Yahoo Finance Live, though adding that we have “a little more to go” on CPI before it peaks.

Ian Shepherdson, chief economist at Pantheon Macroeconomics, shared a similar view that the rate of price increases could ease starting mid-this year, but CPI may reach 7.2% in January and February before it takes a subsides.

“The run of big increases is over, and it will start to fall in March,” he wrote in a note, anticipating that September could see a print of 4.5%.

To close out the week, banks are scheduled to report fourth quarter results on Friday as earnings season kicks off. The S&P 500 Financials sector exchange-trade fund XLF set a fresh record intraday high again on Wednesday, marking its fourth record in the eight trading days so far in 2022 as investors gear up for quarterly reports from BlackRock (BLK), Citigroup (C), JPMorgan Chase (JPM), and Wells Fargo (WFC).

Shares of private equity firm TPG (TPG) opened at $33 apiece on the Nasdaq in the firm’s public debut. The price marked a jump of nearly 12% compared to its initial public offering prices of $29.50 a share late Wednesday. The pricing had given the firm a valuation of about $9 billion.

TPG’s Nasdaq listing marked the first major initial public offering in the U.S. in 2022. Other private equity companies including Blackstone (BX), KKR (KKR) and Apollo Global Management (APO) — the parent-company of Yahoo Finance — have outperformed the market over the past year, rising more than 91%, 75% and 50%, respectively, through Wednesday’s close. The Renaissance IPO exchange-traded fund (IPO), which tracks a basket of newly public companies, has underperformed over the past year, however, falling more than 23%.

More than 4 million shares traded hands intraday on Tuesday, with trading volume soaring by more than 11 times compared to the prior two weeks, according to Bloomberg data. The Los Angeles-based banking app has been based by both Mark Cuban and Capital One.

Shares of Ford (F) extended recent gains on Thursday and reached a 20-year high, with investors cheering to the company’s electric-vehicle ambitions. Recently, Ford said it would be doubling production of its electric pick-up truck the F-150 Lightning, which will begin to be sold this spring.

The latest leg higher brought the automaker’s market capitalization above $100 billion, or above that of General Motors (GM) and Rivian (RIVN), which has recently seen a slide in share prices.

Wholesale prices in the U.S. raced higher in December, underscoring the widespread inflationary pressures impacting both producers and consumers in the current economy.

Government data Thursday showed a 9.7% annual rise in the Producer Price Index (PPI) in December, marking the biggest increase since the data was first recorded in 2010. This came following a 9.6% annual jump in November.

On a month-over-month basis, advances in the PPI did slow slightly. The broadest measure of PPI rose 0.2% in December after an upwardly revised 1.0% increase in November.

Excluding food and energy prices, the core PPI rose more-than-expected on an annual basis, however. This measure of PPI increased 8.3% in December over the same month last year, accelerating from the prior month’s 7.9% rise.

Initial unemployment claims unexpectedly jumped to total 230,000 last week, but still remained low compared to their pandemic-era averages. This compared to the 200,000 consensus economists were expecting, according to Bloomberg data, and the prior week’s unrevised level of 207,000.

Continuing claims, which count the total number of Americans claiming benefits on regular state programs, fell to a multi-decade low in the latest weekly data. At 1.559 million, the number of continuing claims was at its lowest since 1973.

Here’s how the major indexes fared ahead of Thursday’s open:

Revenue in the fourth quarter was 74% recovered compared to pre-pandemic levels, and up 8 percentage points from Q3 2021. For the full year, Delta reported an adjusted pre-tax loss of $3.4 billion on adjusted operating revenue of $26.7 billion.

Here’s where markets were trading on Wednesday evening: