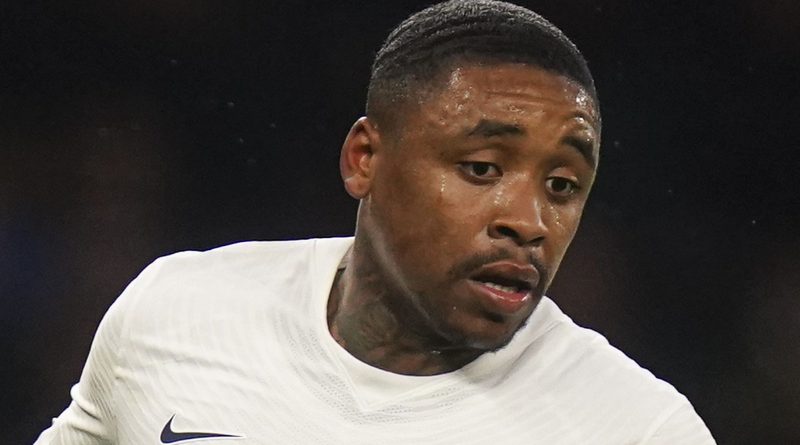 
Steven Bergwijn still has a future at Tottenham amid interest from Ajax and Sevilla ahead of the January transfer window.

Clubs in France and Germany are also keen on Bergwijn and were considering an approach had he remained absent from the side under Antonio Conte, who has preferred Heung-Min Son and Lucas Moura playing behind Harry Kane.

But Bergwijn’s performance in Wednesday’s Carabao Cup quarter-final win over West Ham – when he scored one goal and assisted another – as well as his recent displays in training have put the forward firmly into Conte’s plans.

A recent spell at Hotspur Way in which Conte was able to work more closely with Bergwijn while other players were off with Covid has breathed new life into his Spurs career.

Sky Sports News has been told the Dutchman trained very well during this time and is in great shape.

Following Bergwijn’s match-winning performance, which set up a semi-final with Chelsea, Conte said: “I think these two weeks that we had many players with Covid helped me and helped Steven to understand very well what I want from him and what I want from the other 11 players we had in training.

“Don’t forget, for many days we trained with only 11 or 12 players. On one hand, it was very difficult. On the other hand, we exploited this situation to improve the players.

“We prepared to play the games with these players. For sure, Steven should have played against Leicester, against Brighton, the games that were postponed.

“With him and also other players, we tried to exploit the period when we were only 11 or 12 players, to improve these players.

“Now Steven is a player totally involved into what I want, into what I ask from my players.”

Against Liverpool, it was Dele Alli and Harry Winks who were the latest players showing the impact of Antonio Conte’s arrival at Tottenham. Against West Ham, goalscorers Lucas Moura and Steven Bergwijn underlined their renaissance under the Italian as Spurs triumphed 2-1. 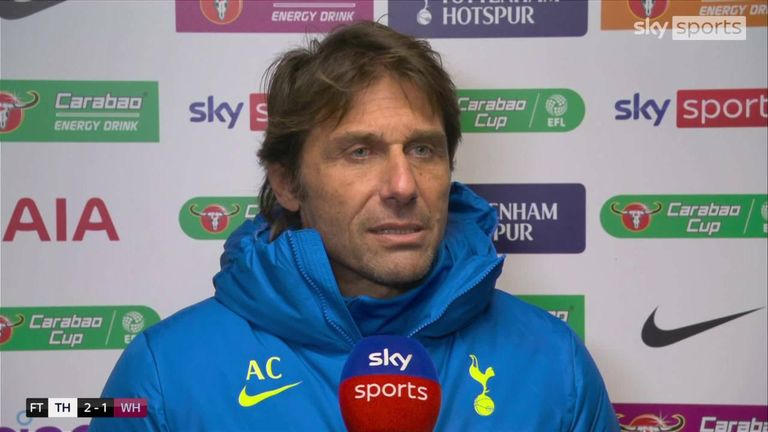 Tottenham boss Antonio Conte reacts to the Carabao Cup semi-final draw that will see him take on former club Chelsea, adding it is tough to win silverware in England

They were not alone – Harry Kane, Oliver Skipp and Hugo Lloris were among several other Spurs players to catch the eye in a frantic, fun pre-Christmas London derby – and that is testament to the coaching quality of the new Tottenham boss.

The draw for the final four of the Carabao Cup will spark reminders of how formidable his Chelsea team were in their Premier League title win. While Spurs are still some way off that level, the signs of improvement are clearly there now for this Tottenham team.

They are rejuvenated and reinvigorated from the sullen days under Nuno Espirito Santo, they are playing with energy and desire and showing resolve too, by bouncing back from West Ham’s quick equaliser and then holding out under pressure in the latter stages.

They will need plenty of all of the above when they face Chelsea across two legs in January if they are to match last season’s run to the final of this competition. But while Wembley is just a couple of games away, the bigger picture is becoming a positive one in north London.

Follow every Tottenham game in the Premier League this season with our live blogs on the Sky Sports website and app, and watch match highlights for free shortly after full-time.

Get all this and more – including notifications sent straight to your phone – by downloading the Sky Sports Scores app and setting Tottenham as your favourite team.