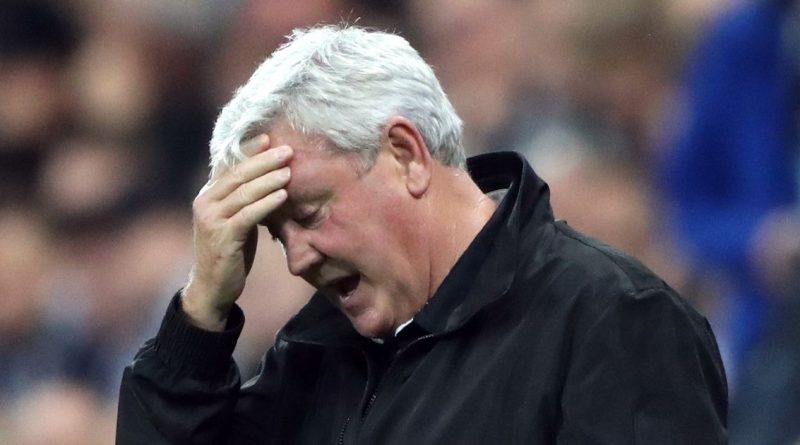 Steve Bruce is waiting to be “put out of his misery” at Newcastle United, according to Sky Sports pundit Jamie Redknapp.

Bruce oversaw his side’s 3-2 defeat at home to Tottenham on Sunday in the first game following the home side’s Saudi Arabian-backed takeover.

The Magpies boss was overseeing his 1000th game in management and he had defied the critics to reach that landmark at St. James’s Park amid speculation that he was on the verge of losing his job last week.

It had been widely reported that Bruce would be replaced as Newcastle boss following the change in ownership but he carried on in the dugout for Sunday’s loss, which continued the club’s winless league start this campaign.

Steve Bruce appears to be on the brink at Newcastle
(

Speaking on Sky Sports coverage of the game, Redknapp believes that Bruce would now prefer to be sacked as the situation is becoming untenable and unenjoyable for him.

Redknapp said: “My dad (Harry) managed over 1,000 games so I have a lot of sympathy for him.

“I’ll be totally honest when I look at him, he almost wants to be put out of his misery as well. I think he looks like a man who knows he’s done as much as he can.

“He’s a symbol of the previous regime, the fans don’t want him anymore.

“But because of the respect I have for him, I find it difficult to see this.

“He’ll be hating every minute of it, you have to be mad. Look at that face, he doesn’t want to be here.

“He’ll be relieved when he gets that phone call and it will be coming soon, I don’t want to talk out of term.

“You need the right man managing the team, he’s still going to be the most important man, he sets the tempo, he sets good examples, to find a good manager right now, [it’s been] mooted about Steven Gerrard, Frank Lampard, Antonio Conte. Conte – maybe has one eye on what’s going on at Man United.

“It’s not that easy to get the players right now, the manager.

“I think Steve will be looking forward to the day he comes in and stepping aside, taking a break because this is not nice for anyone to be going through.”

Redknapp continued: “If they won today it might’ve been harder to sack him but I do think there will be a change here, although he [Bruce] won’t want to hear us talking about it, he’ll be relieved as well.”

Who should replace Bruce if Newcastle wield the axe? Have your say below.

Former Newcastle winger David Ginola added: “They’re not going to wait for long, I’ll promise you that, football is very cruel, there’s no sympathy for things in football these days.

“When you put the money on the table, there’s no more soul in football, everything that is dictated football now is the money.

“£200-£300m in January, there will be a new manager who takes the £300m buy some new players and build a strong team with big names and in three or four years’ time the Newcastle fans will forget about this because they have silverware.”