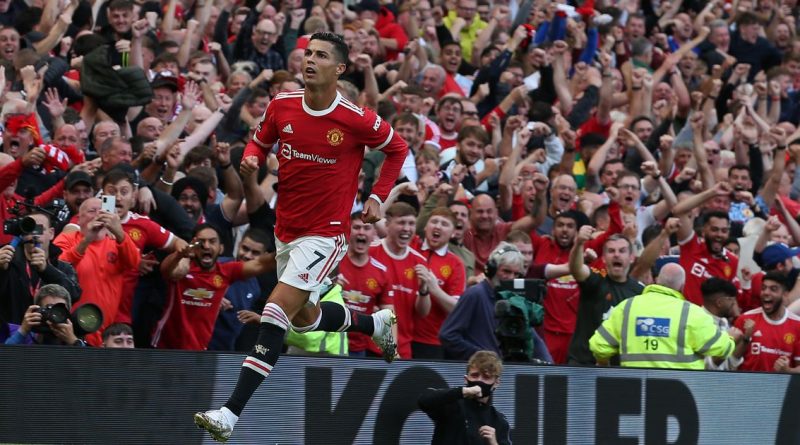 
Cristiano Ronaldo put in a Man of the Match display on his return to Old Trafford last weekend, scoring twice, but Steve Bruce had something controversial to say about the performance

Manchester United’s Cristiano Ronaldo marked his return to the Premier League with a brace against Newcastle United last weekend, but some weren’t overly impressed by the performance.

Ronaldo returned to Old Trafford after 12 years away over the summer, joining from Juventus for a fee of approximately £15million plus add-ons.

He joined Ole Gunnar Solskjaer’s side on a two-year contract, with an option of a one-year extension.

United beat the Magpies 4-1 in their first game since the Portugal captain’s homecoming, with Ronaldo grabbing two and Bruno Fernandes and Jesse Lingard scoring the other two late on.

However, it has been revealed that Toon Army boss Steve Bruce was incredibly disappointed with the defending for Ronaldo’s second goal in the 62nd minute.

According to the Daily Mail, there was a heated exchange between the manager and makeshift centre back Isaac Hayden, who was thought to have closed down Ronaldo quicker.

A source told the news site: “Isaac was like, ‘He’s the fastest player in the country’. He also made the point he’s not a defender. The lads thought the manager’s comments were unfair.’”

After the goal, it was revealed by BBC Sport that the five-time Ballon d’Or winner clocked an impressive speed of 32.5kmph (20.2mph) when he raced towards Newcastle keeper Freddie Woodman, justifying why Hayden couldn’t close down his man.

Several reports are claiming that things at Newcastle are close to boiling over, with there being tension between the squad and management over training schedules, tactics and man-management techniques.

Ronaldo made it three goals in two appearances for the Red Devils earlier this week too, scoring against BSC Young Boys with a cool finish.

However, his side surprisingly lost the fixture 2-1 thanks to a late goal from Theoson Jordan Siebatcheu who capitalised on a slack back pass from Jesse Lingard in the 95th minute to send the Swiss supporters into ruptures.

Newcastle boss Steve Bruce was disappointing with the defending against Ronaldo

United fans will be ecstatic with Ronaldo’s return to the Theatre of Dreams, however, a former player has warned that his arrival may have caused a stir in the dressing room and Solskjaer will need to be wary of keeping all parties happy if his club are to mount a serious title charge.

Dimitar Berbatov, who played for United between 2008 and 2012, told Betfair : “You cannot argue with his (Ronaldo’s) goalscoring and the aura that he brings to the team. The fans gave him a great welcome back last Saturday and he repaid them with two well-taken goals.

“It will be interesting to see how Ole keeps the other players happy. He will have to decide how he uses the likes of Edinson Cavani and Anthony Martial. This is when managing a talented squad becomes difficult because players will feel hard done by.

“Cavani is probably unhappy. He had a great first season at United and how he’s dropped down the pecking order and lost his number seven shirt.

Will Manchester United win the Premier League now that they have Cristiano Ronaldo? Comment below

“I hope Ole has had an honest conversation with Cavani about his plans for the team. As a player in this situation, you understand that the manager’s job is to pick the best team, but you always want to play and become unhappy when you’re left out.”

If Ronaldo continues in this rich vein of form then few will be unhappy with him, but keeping a positive mood behind the scenes will be key in Solskjaer’s mission to bring the Premier League trophy back to Old Trafford.