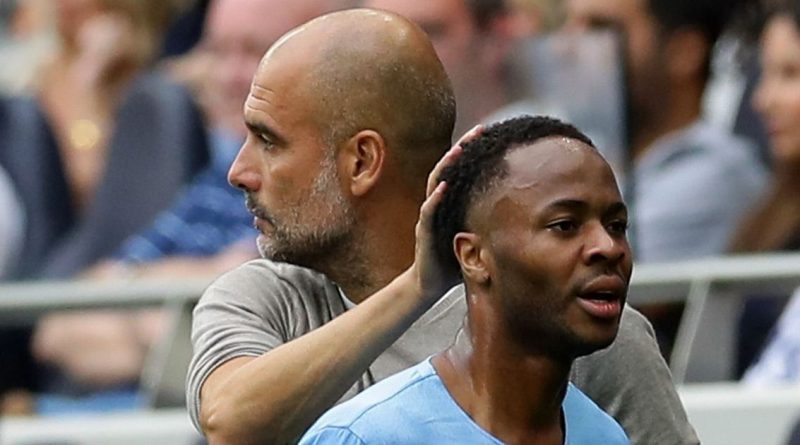 Raheem Sterling has been given an unlikely lifeline at Manchester City despite manager Pep Guardiola‘s cold response.

On Thursday, the England winger revealed he would be open to leaving the Etihad in search of more regular game time due to starting just two Premier League games this season amid links of a transfer to Barcelona.

But Sterling could now see his minutes increase after Ferran Torres was confirmed to be out for at least two-and-a-half months with a broken metatarsal while on international duty with Spain.

Torres had been integral to the Citizens’ strong start to the new campaign, but now faces a spell on the sidelines which may prevent him from featuring in 2021 and open the door for his fellow forward.

It comes on the heels of his team-mate’s comments which Guardiola revealed on Friday took him by surprise.

Torres could be out until 2022

“If there was an opportunity to go somewhere else, [for more game time], I would be open to it at this moment in time,” Sterling told the FT Business of Sport US summit.

“As I said, football is the most important thing to me – challenges that I have set myself from a young age and dreams as well, to play abroad.

“As an English player all I know is the Premier League and I have always had something down [in me] that maybe one day I would love to play abroad to see how I would come up against that challenge.

“I’m not a person that’s going to complain. I’ve not tried to make it a bigger deal than it actually is.”

His manager was asked about what Sterling said during his pre-match press conference for City’s game at home to Burnley on Saturday.

“I didn’t know it. I didn’t think the club knew,” Guardiola claimed.

“Raheem is our player, hopefully he will be an incredibly important player for us. I don’t know if he wants to play more.”

The ex-Barcelona boss pointed out that there are a number of big-name players frustrated with a lack of game time in east Manchester such as Riyad Mahrez and Joao Cancelo, but they do not complain.

Guardiola then focused on Sterling’s situation which he ‘understands’, adding: “What I want from Raheem and everyone is they have to be satisfied to be here and delighted to be in this club.

“If that’s not the case he has to take the best decision for his family, for all the people who love them. They have to be happy.

“More game time I understand completely, I was a player, all the time I wanted to play,” the Catalan coach stated.

“Not just Raheem but all of them want to play every game but I cannot assure them.

“They have to improve every training session and be there on the pitch and be happy there.”

The 26-year-old’s contract expires in the summer of 2023, but Guardiola admitted “the club decides” if a new deal will be sanctioned and has challenged Sterling to “fight more” for his place, just as he did during his playing days for the likes of Barca and Lazio.

“Understand why the other [player] was better, accept and move forward,” Guardiola explained.

“When the manager selects another player, understand because he has other thoughts and I have to work harder.

“Always I was so respectful for the other ones. Others maybe didn’t understand,” he noted, before namedropping John Stones as an example of someone who has come back into the fold following a prolonged period out of the side.

“You have to fight and in the end is a transfer window and then you have to decide. I don’t want to see players unhappy or upset.

Should Sterling seek a new challenge away from Man City? Comment your thoughts below.

“Here is not the end of the world, there are many teams and managers and you can do whatever you want.

“We don’t push barriers. Just make a phonecall to the club and sort the situation,” Guardiola continued.

“Not just for Raheem, for all the players. I said many times. You have to be there and fight and be good every day.

“After in the transfer windows you decide, when it’s finished, you have to accept my decisions, I’m the manager, I decide what’s best for the team.

“I don’t make decisions for the player. I’m thinking the best for the team to win games, to make happy the fans, the organisation.”

He concluded: “Be proud of what you do. It’s the only situation.”