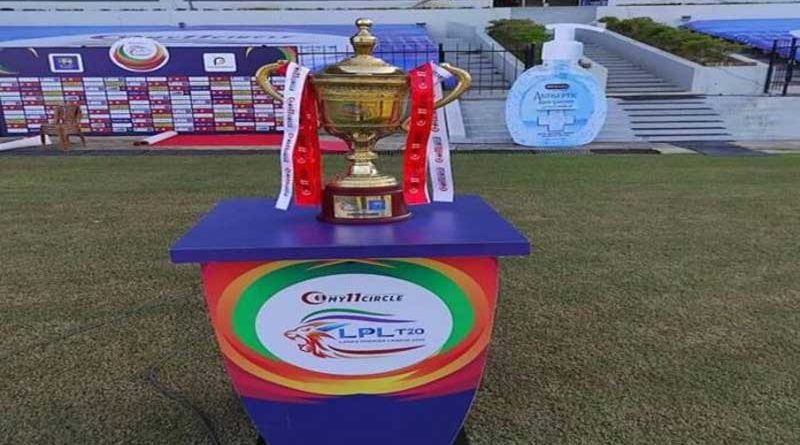 
On Friday, June 10 the Sri Lanka Cricket (SLC) confirmed that the Lanka Premier League (LPL) 2022, which is the 3rd edition of the professional T20 cricket league established by SLC, will commence on July 31.

The LPL 2022, which consists of five teams – Kandy Warriors, Dambulla Giants, Colombo Stars, Galle Gladiators, and Jaffna Kings – will conclude on August 21. The tournament will be held in Colombo and Hambantota and a total of 24 matches will be played in LPL 2022.

Lanka Premier League was founded by Sri Lanka Cricket (SLC) in 2018 and the first edition of the tournament was played in 2020 after getting postponed several times.

Jaffna Kings (Jaffna Stallions in 2020) are the most successful team in the league as they had won the first two editions of the tournaments by defeating Galle Gladiators in the finals.

There were some doubts over the LPL 2022 given the political unrest in Sri Lanka in recent weeks. However, with the Australia tour of Sri Lanka 2022 being held properly, SLC laid out plans for the Lanka Premier League 2022.

”We are extremely happy to announce the 3rd edition of the Lanka Premier League, which has started well its journey toward carving a place in the global T20 League competitions, as a formidable tournament,” said Mr. Shammi Silva, President, Sri Lanka Cricket.

The complete schedule of the tournament has not been announced but the matches will be initially held in Colombo before shifting to Hambantota.

Meanwhile, SLC also stated that the registration of the international players for the player draft will start very soon.