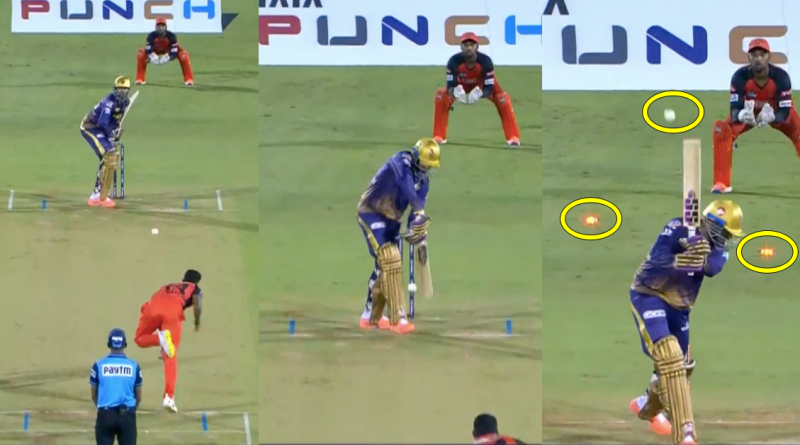 Sunrisers Hyderabad (SRH) pacer T Natarajan once again delivered in his very first over as he castled Kolkata Knight Riders (KKR) opener, Venkatesh Iyer, during their game at the Brabourne Stadium on Friday.

SRH opted to bowl first as has been the norm this season so far. KKR was dealt an early blow with Aaron Finch being dismissed by Marco Jansen. Soon after, it was Iyer’s turn to walk back to the pavilion.

Natarajan began with a perfect length delivery that came in with the angle. In his attempt to flick, Iyer left a huge gap between his pad and bat and the ball managed to sneak through to rattle the stumps.

Going into the game, KKR made 3 changes to their playing XI with Finch, Sheldon Jackson, and Aman Khan coming into the side. As for SRH, Washington Sundar was unavailable and Jagadeesha Suchith takes his place.