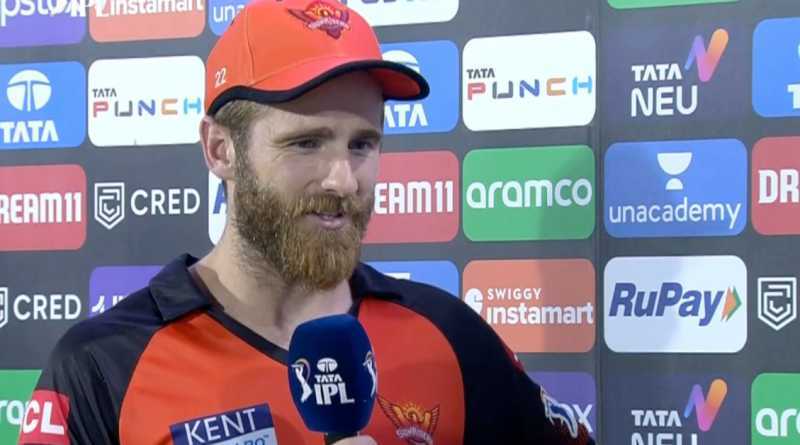 
SRH vs KKR: Sunrisers Hyderabad have won 3 matches on the trot after having suffered two back to back defeats in their first two games. After their third victory against Kolkata Knight Riders on Friday, Kane Williamson, their captain praised the team’s death bowling for their win.

SRH restricted KKR for 175 and then chased down the target with 13 balls to spare.

Umran Malik Will Learn As He Plays More: Kane Williamson

After winning the toss Williamson put KKR to bat first and his bowlers responded superbly as they had KKR 3 down inside the powerplay.

Their bowlers kept chipping in with wickets at regular intervals which ensured that KKR never got going in their innings. 54 by Nitish Rana and a late order 49 by Andre Russell helped KKR put up a respectable total on the board.

SRH did not have the best of starts to their chase as they lost both Abhishek Sharma and captain Kane inside the powerplay. But Rahul Tripathi and Aiden Markram had a great partnership which took SRH close to the target. In the end, Nicholas Pooran and Aiden Markram finished their 2nd chase in a row.

In the post-match presentation, Williamson said, “it was important to take early wickets with the ball against KKR. A little bit of dew came in which was helpful for us. The death bowling was great too.”

On Tripathi’s and Markram’s partnership he said, “Rahul Tripathi was amazing and so was Aiden Markram, although in different roles.”

He had some special words to say for his bowlers, “Marco, with his bounce and pace, was a big part of our attack with Bhuvneshwar, who swings the ball. It is just about getting the fields right for Malik. He touches 150ks on every ball and has been nicked off for fours. But he has been patient. There are many little things we can work on, and the guys are working on them. We’re seeing the improvement.”

Kane Williamson has struggled with his form a bit in the tournament, he would hope that as his team does well he too finds some form going ahead.