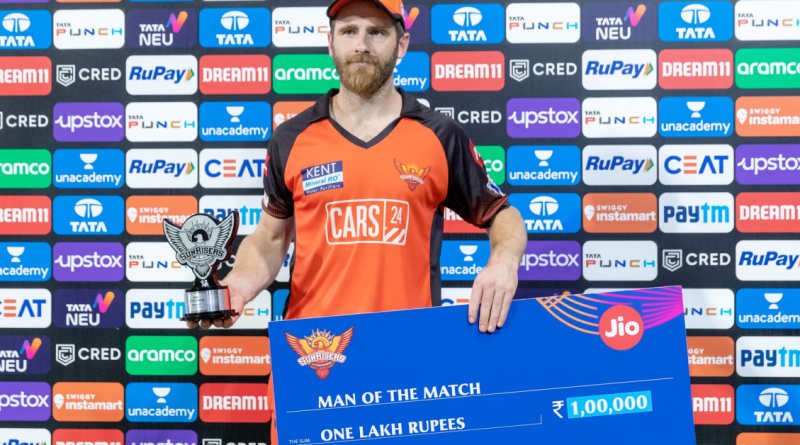 SRH restricted Gujarat Titans to 162/7 in the first innings and then chased down the target with 5 balls to spare.

Kane Williamson finally found some form as he scored his first fifty of the tournament and helped his team defeat GT. GT lost their first-ever game in the IPL.

Williamson struggled through most part of his innings as he played at a strike rate of 100, but accelerated just at the right time to give his team the much-needed momentum in their chase.

He scored 57 off 46 balls which included 4 sixes and 2 fours. He was lucky to survive early in his innings as he was plumb in front of the wicket in the very first over. But GT didn’t go for s review. The hawk eyes showed that had GT taken the review they would have gotten their man.

Hardik Pandya finally dismissed Kane Williamson when around 30 more runs were needed but till then the SRH captain had already done his job.

“It was I thought all in all a good game of cricket. I thought we were good with the ball and so were they. It was hard to get a rhythm and so we just tried to build partnerships but good to see signs of improvement. The guys are nice and clear on their roles. Naturally there are always a number of challenges playing the best in the world and you’re always under pressure but they adjusted nicely. It was quite tough to hit through the line. It was a fair game of cricket and if you could pick up wickets you could squeeze them a little bit”, Williamson said in the post match presentation.

On the injuries to Rahul Tripathi and Washington Sundar, he said, “I think Tripathi might just be cramp. Hopefully, it is minor and he can recover quickly. I’m not quite sure about Washington Sundar but hopefully, he recovers quickly too.”

SRH would hope to continue this momentum as after having lost their first two games, they have made a great comeback with two back to back wins.