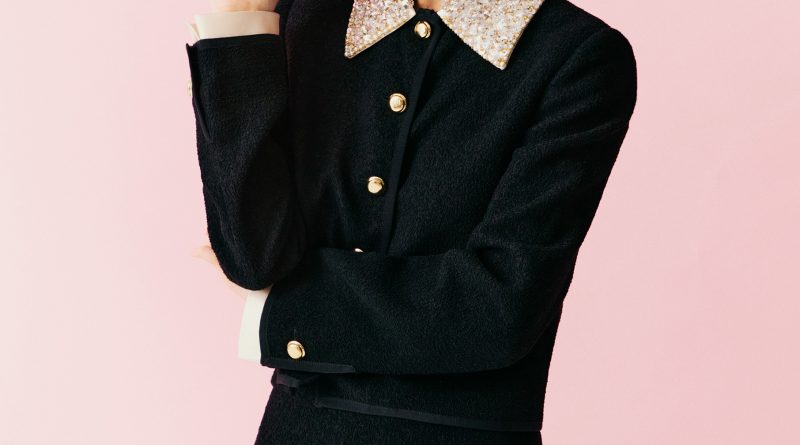 
Lee You-mi didn’t mind the hatred that came in after the January release of the zombie thriller All of Us Are Dead, where she portrayed Na-yeon, a manipulative teen who endangered her classmates to survive. She embraced it. “I feel grateful,” says the actor, 28. “Lots of hate for Na-yeon translates to lots of compliments to me, because that means I got immersed in the character.”

The selfish Na-yeon is the opposite of Ji-yeong, Lee’s character in Squid Game, who sacrifices her life for her friend Sae-byeok. In September, Lee became the first Korean woman to win an Emmy for acting when she was awarded Outstanding Guest Actress in a Drama Series for her scene-stealing performance in the hit Net­flix show.

Lee didn’t know what was coming when she auditioned for Squid Game. Since making her acting debut at 15 in a 2009 Duracell commercial, she had starred in a couple films and played small roles in TV dramas, but waited tables at restaurants when acting couldn’t pay the bills. Even after Squid Game and All of Us Are Dead wrapped filming, she took a part-time job delivering food on foot.

Then Squid Game became Netflix’s most watched non-English series of all time. All of Us Are Dead ranks fourth on the same list. Her Instagram following skyrocketed from 40,000 to more than 7 million. Nicknamed “Netflix’s daughter” in Korea, she is now one of the most recognizable faces of South Korea’s entertainment exports.

This year Lee landed her first lead TV role. In Mental Coach Jegal, she plays a world-champion short-track speed skater trying to overcome a slump. She spent three months learning the sport. “A lead role is my dream come true,” Lee says. “I felt tremendous pressure asking myself whether I can do it well. I was really committed in this drama.” Another TV drama starring Lee, Strong Girl Nam-soon, is slated to air in 2023.

With her newfound fame, Lee tries to remain grounded. “The global recognition further strengthened my mindset,” she says, “that no matter how things change around me, I should remain who I am.”
—With ­reporting by Stephen Kim/Seoul

Write to Aria Chen at aria.chen@time.com.