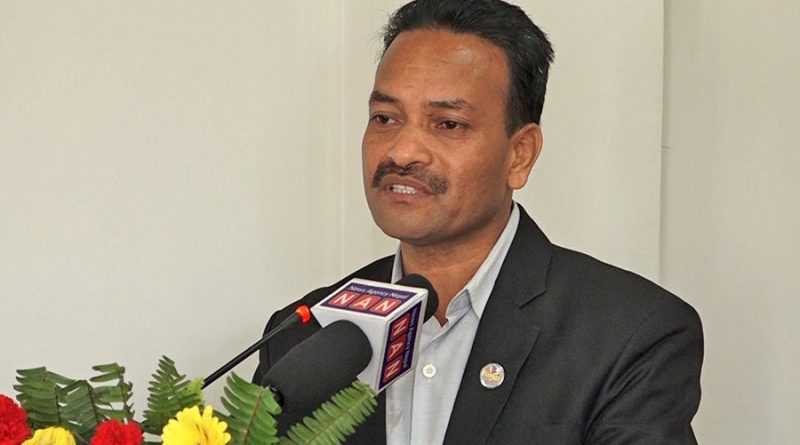 
Sports Minister Shri. Maheswar Jung Gahatraj announced NepalT20 – Nepal’s official T20 cricket league today. Shri Maheswar Jung Gahatraj said, “It gives me immense pleasure to announce Nepal’s official T20 cricket league today. Its indeed a matter of great pride for all of us to see Nepal on cricket’s global map with its official T20 Cricket league”. I’m confident that NepalT20 would be an excellent platform to realize our dreams of promoting cricket among the youth of Nepal and help Nepal qualify for the next T20 world Cup”. “I wish CAN, our National Sports Council and Seven3Sports a great success in working together in closes co-operation to make this dream come alive for the youth and cricket of Nepal”. He further commented, “I am pleased to give our nation a gift of “Official and CAN recognized T20 Cricket League” to cricket lovers of Nepal and for cricket fans all over the world”.

The Cricket Association of Nepal (CAN) has in its statement mentioned that cricket leagues are gaining popularity across the world. Nepal’s official T20 Cricket league will kick start from September 24th and shall be played till the finals on October 22nd, 2022.

Speaking on this development Shri. Chatur Bahadur Chand said, “NepalT20 will take Nepal Cricket to a new paradigm with the launch of Nepal’s official T20 competition that will provide Nepal cricket players much needed exposure of competing with the top international players”. NepalT20 shall feature 6 teams initially and shall add more teams over next few years. Ever since we have taken over the leadership at CAN, its able members and officials across Nepal has worked tirelessly in creating a packed schedule for Men’s and Women’s players.

Speaking about the initiative, Mr. Prashant Malla, Secretary of Cricket Association of Nepal (CAN) said, “NepalT20 is yet another step towards stabilizing cricket in Nepal. Ever since CAN re-instatement by ICC, we have taken a number of initiatives to grow Cricket in Nepal. “Its about time Nepal has its own official and CAN run T20 Cricket league. With the launch of Nepal T 20, CAN join ranks with cricket’s top boards from around the world such as India, Australia, England, South Africa, Sri Lanka, Bangladesh and I-JAE where official T 20 cricket league is being run by its appointed cricket board.

Mr. Roshan Singh, Treasure of Cricket Association of Nepal said, NepalT20 will bring in substantial revenues for CAN and more importantly for its players. CAN will earn over 330 Million NPR thereby making it biggest ever grosser for the cricket board ever. I am pleased that a professional team has come forward and committed a substantial investment which will enable CAN improve the standard of cricket and facilities for our players”.

Mr. Sandeep Lamichhane the captain of Nepal’s national cricket team is excited with the launch of country’s official and CAN recognized T20 cricket league. He added, “We are eagerly waiting to play in the pride of Nepal – Nepal T 20 and give an opportunity to a lot more deserving and talented cricketers from Nepal to showcase their cricket skills”. This announcement marks a golden day for
cricket in Nepal, Mr. Lamichhane further added.

Mr. Jatin Ahluwalia, Founder and Managing Director Seven3Sports said “Nepal T 20 will usher in cricketing best practices which are crucial to the successful future of cricket. We are honored and excited to have been selected by CAN to bring such best practices, top coaches, experienced analysts, exciting fan engagement programs and support staff to contribute towards CAN’s vision of Nepal’s official T 20 cricket league.

Mr. Abhishek Saklani, CEO of Seven3Spofts said that “NepalT20 will be the first ever top level experience with iconic international players to play on Nepal soil and state of the art broadcasting experience like never before for cricket players, fans, brands and sponsors in Nepal”.

Seven3Sports with impeccable its global sports credentials has been roped in as “Strategic and Commercial Partner ‘ for this prestigious project. Cricket Association of Nepal has already signed an exclusive contract with Seven3Sports earlier this year. Seven3Sports is a leading sports company with a track record of the TV broadcast of IPL (Indian sub-continent excluding India) and FIFA World Cup across various Asian countries amongst many others. It has committed to promote cricket at grass root level in Nepal through this platform.