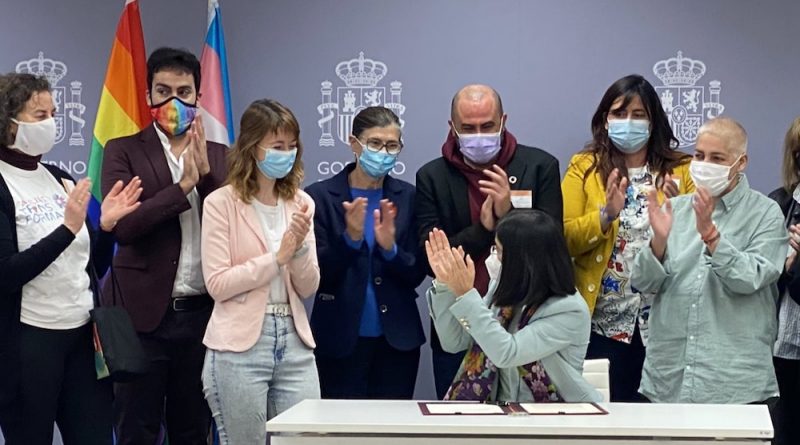 While queer and single people were previously able to access publicly funded fertility treatments, in 2013 the conservative Popular Party, in power at the time, rolled back this right.

The party changed the law to only allow straight, married couples to access fertility treatment in public hospitals free of charge, and left queer couples to spend thousands of euros to grow their families.

Darias signed the order at a ceremony, attended by LGBT+ activists, and later wrote on Twitter: “Starting today, single women, lesbians, bisexuals and transgender people will have access to [reproductive technologies] on the [public health service].

“We have restored rights that should never have been abolished.”

Uge Sangil, president of Spain’s federation of LGBT+ rights groups, attended the ceremony to celebrate the signing of the order.

They said in a statement: “We have always understood that achieving rights such as assisted reproduction benefits lesbian and bisexual women and pregnant trans people, without harming anyone.

“It is an example of how recognizing LGBT+ rights means recognising human rights for society as a whole.

“We will not be able to be citizens with all rights fully recognised as long as the conditions of freedom and equality of all people are not guaranteed, whatever their sexual orientation, gender identity or expression.”

Sangil said that “we are not going to stop because our struggle is daily, resilient and active”, and insisted that queer activists are “more necessary than ever”.

They added: “We have history, we have memory, we have strength, we have conviction and we are right; they will never stop us.”