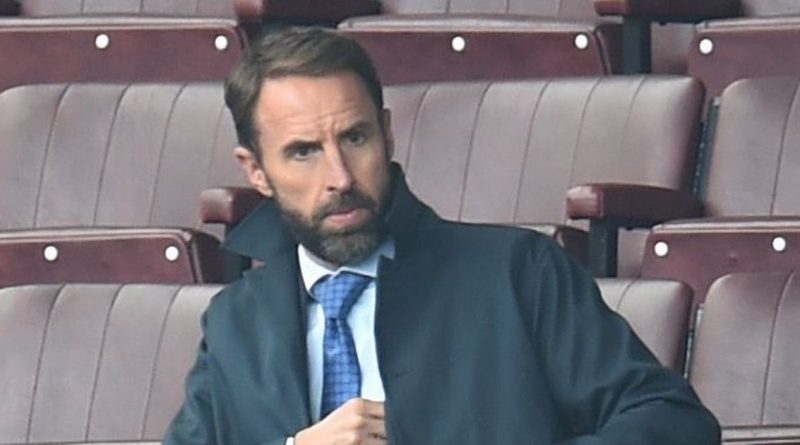 
England face Andorra and Hungary next month but Southgate is already facing a selection dilemma in his backline, while he could name some new faces among a smaller squad

Southgate will be without injured trio Harry Maguire, Trent Alexander-Arnold and Reece James when he names his squad on Thursday for the qualifiers with Andorra and Hungary next month.

John Stones has not played a minute for Manchester City this season while Chelsea’s Ben Chilwell lost his place in the last squad and will be a concern again as he has not featured in the Premier League.

Southgate could be ready to recall Arsenal’s Ben White who impressed in training during the Euros despite not being able to force his way into the England line-up.

White had a difficult start to the season after his £50m move from Brighton and contracted Covid which forced him out of the last squad but is regaining form and confidence.

They have also checked on AC Milan’s former Chelsea defender Fikayo Tomori and Southgate could look at him after taking a roll call on Thursday morning to see who is available.

Manchester United’s Luke Shaw is expected to be available and Southgate has used Kieran Trippier at left back but, with other players missing, there could be a chance for Chilwell depending on injuries.

Manchester City’s fit-again Phil Foden looks certain to come straight back having missed the Euros final and start of the season through injury.

Southgate has seen Crystal Palace’s on-loan midfielder Conor Gallagher and was particularly impressed with his display against Brighton on Monday night so he could get a call-up at some point.

England are likely to revert to a standard sized squad this time having named bigger numbers for the last few get togethers.

Who would you like to see in the next England squad? Have your say below.

Conor Gallagher has been in impressive form for Crystal Palace
(

But there are just two games this time, although Andorra have a plastic pitch which always causes concern among Premier League managers about the increased risk of injuries.

Liverpool boss Jurgen Klopp all-but confirmed Alexander-Arnold would be out of contention after revealing he was unlikely to be fit for this Sunday’s clash with Manchester City.

“It was shortly after training [on Monday], Trent went in a little bit earlier but it didn’t look serious,” Klopp told BT Sport. “We did further assessment and in the end it was serious. So, he is out for today for sure, he didn’t travel with us.

“And it doesn’t look great for the City game as well. It’s a muscle thing. We thought he was just a bit tired from the [Brentford] game but it was more and now we have to deal with that.”

Maguire is also set to miss out after Manchester United manager Ole Gunnar Solskjaer admitted his captain was sidelined beyond the clash with Villarreal.

“Harry is more or less definitely out, it doesn’t look good,” Solskjaer said.

“It is his calf, that might take a few weeks. Let’s see how quickly he recovers.”