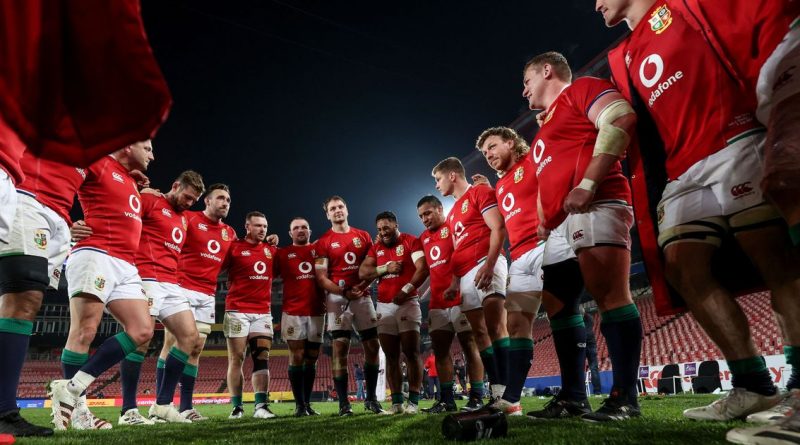 After a four-year wait and widespread fears as to whether the tour would even go ahead, the British and Irish Lions begin their Test series in earnest against South Africa on Saturday.

Both teams have overcome injuries and Covid-19 scares to arrive in Cape Town under a cloud of anticipation, with the rugby world watching to see who emerges on top of the three-game series.

The Springboks are targeting a repeat result of their 2-1 victory the last time the Lions visited in 2009, entering this series as the reigning world champions.

Coach Jacques Nienaber has named 11 of the 15 players who started the 2019 Rugby World Cup final victory over England among his XV, seeking the same end result at Cape Town Stadium.

Warren Gatland is leading the Lions for a third straight tour and hopes to maintain his undefeated record on what will be his first visit to South Africa in the head coach role.

Captain Alun Wyn Jones has overcome a dislocated shoulder in less than a month to make his return to the tourists’ starting line-up, calling his recovery and the opportunity a “very, very special thing.”

He’s not the only surprise name among the travelling team’s first Test XV, however, after Gatland made a few shock selections for this summer’s opening act.

Scotland winger Duhan van der Merwe will start against his birth country and hopes to cage Toulouse star Cheslin Kolbe, one of several head-to-head battles that could shape this fixture.

Dan Biggar’s inclusion also comes at the expense of England star Owen Farrell, who must settle for a place on the bench as he looks to make an impact against the Boks.

The Lions have won four and lost eight of their previous 13 tours to South Africa, only tying the series on one occasion when facing the Springboks (1955).

The team won five of their six warm-up fixtures leading into Saturday’s opening Test, with their sole defeat coming at the hands of a South Africa ‘A’ team a little more than two weeks ago.

After four long years, the northern hemisphere’s rugby elite will target glory south of the equator, with the winner of the first Test claiming a potentially crucial advantage in the series.

What are the teams?

How to watch South Africa vs Lions first Test?

Sky Sports Action will provide coverage for Saturday’s opening Test, where the build-up is scheduled to begin at 3pm ahead of a 5pm kick-off.

Viewers will also be able to stream the match live via the Sky Go app.

What are the odds?