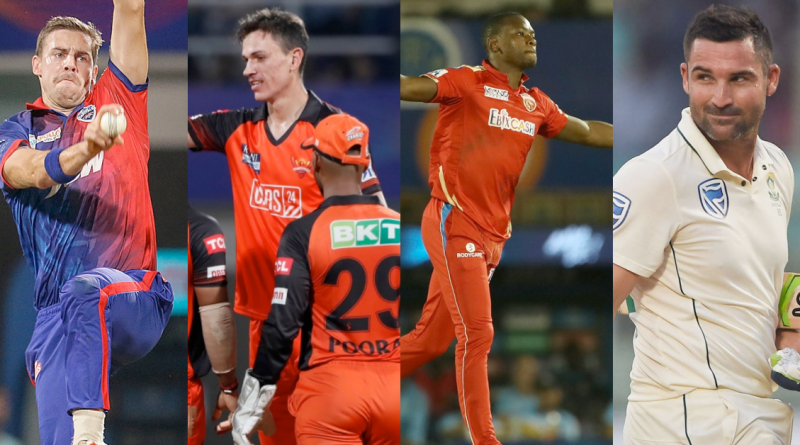 South Africa captain Dean Elgar has fanned the controversy of national players skipping the Bangladesh Test series to play in the Indian Premier League (IPL 2022) saying that he doesn’t know whether those players would be selected again in the national side.

This comes after South Africa avenged their ODI series loss to Bangladesh and crushed them in the two-Test series 2-0. After winning the first Test match by 220 runs, Proteas gave a similar treatment to the visitors in the second Test at the St George’s Park, Port Elizabeth, beating them by 332 runs.

Keshav Maharaj, who had picked 7/32 in the victory of the first Test match, returned figures of 7/40 in the Bangladesh second innings, which folded for 80 runs while chasing 413 runs to win and draw level in the series. He was also named the Player of the Match and Player of the Series for his 16 wickets in 2 Test matches.

That’s Out Of My Hands: Dean Elgar On Selection Of South African Players Who Skipped Bangladesh Tests For IPL 2022

South Africa was missing a host of first-choice players like Kagiso Rabada, Marco Jansen, Lungi Ngidi, Anrich Nortje, Rassie van der Dussen, and Aiden Markram, who chose to play in the Indian Premier League (IPL 2022) instead of in the Test series.

It is to be noted that South African skipper Dean Elgar asked the above-mentioned players to not go to India and instead play for the country calling it a test of their loyalty towards the Proteas team. However, it is quite evident that none of the players stayed as they went to feature in the cash-rich league.

“I don’t know if those guys are going to be selected again, that’s out of my hands,” Elgar said in a press conference on Monday.

Cricket South Africa (CSA) has an agreement with the Board of Control for Cricket in India (BCCI) whereby it makes its players available for the IPL. This was also heavily weighed this time as the BCCI not only ensured their India A team stayed back in South Africa when the Omicron variant of COVID-19 virus was discovered in the country but also sent the India senior side for the ODIs and Test series, bringing in much-needed revenue for the CSA.

Also Read: IPL 2022: Hopefully, Deepak Chahar Gets There Halfway Through The Season Because CSK Need Him – Brad Hogg